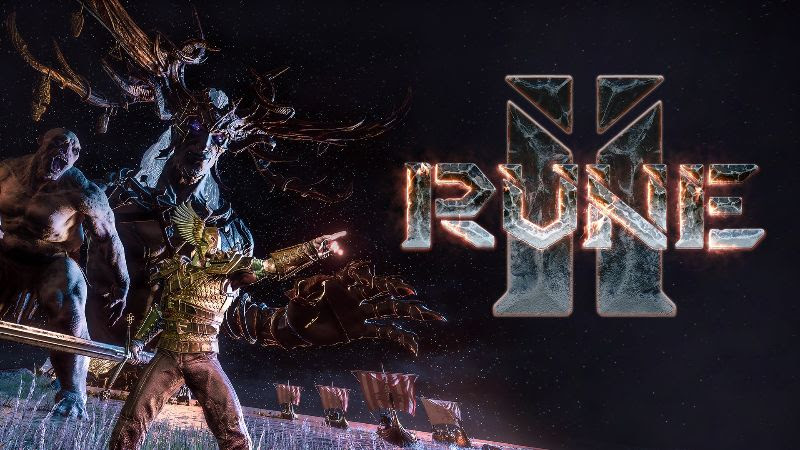 PC gamers rocking their way through Rune II’s Ragnarok will be happy to know that the norse mythology-infused title’s “Lazarus” update is out now.

Available on the Epic Games Store, Rune II has brought the series back to PC fans with plenty of hacking and slashing in tow. If you’re unfamiliar, the game sets players up against the god Loki, who’s started a kind of never-ending Ragnarok.

Loki has plunged Midgard into perpetual chaos, and you are the chosen warrior who must embark on a perilous journey to end Ragnarok. Fight off legions of minions bent on preventing you from destroying this pious menace. Alone or with friends, tear each enemy apart limb from limb in this chaotic, open-world saga, filled with brutal melee combat. Collect rare resources, locate divine artifacts and battle through the unique Ages of Ragnarok as you seek to craft the very sword used by Loki himself and destroy the trickster god with his own blade.

If you’ve been playing, then you’re going to dig what’s included in this first big update for the game. Not only does it include a host of improvements, but there are some brand new elements as well.

Those include “new parry system, overhauled player progression, and hundreds of new weapon variations.” But while all that’s great, maybe chief among the new stuff is the inclusion of villagers.

Villagers will now return to the frozen north, as players progress through the campaign. They change things in some big ways too, and will offer “narration to the side quests and will grant bonuses to aid players in their quest to vanquish the mad god Loki.”

Jason's been knee deep in videogames since he was but a lad. Cutting his teeth on the pixely glory that was the Atari 2600, he's been hack'n'slashing and shoot'em'uping ever since. Mainly an FPS and action guy, Jason enjoys the occasional well crafted title from every genre.
@jason_tas
Previous DC Comics outlines books for the rest of the month
Next Nintendo Download: Stare Into the Void