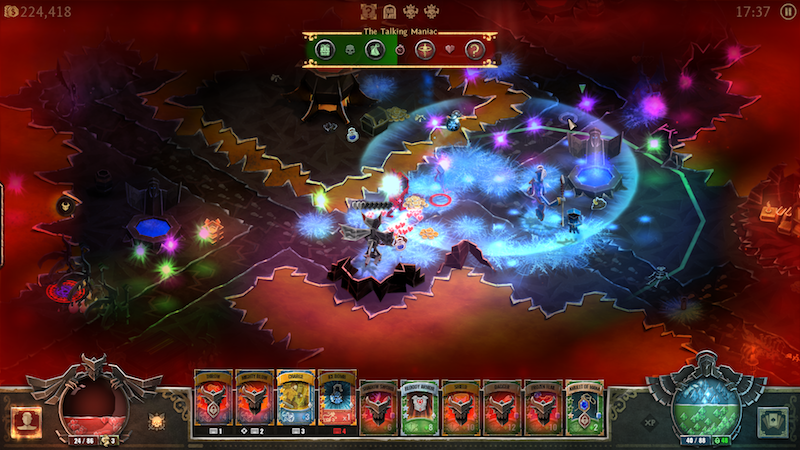 Home / News / Book of Demons opening up on consoles

Book of Demons opening up on consoles

A dungeon under an old cathedral haunted by a cadre of demons might sound familiar, but Book of Demons is whole new take on the formula.

First released on the PC, Book of Demons is a pretty original take on what’s become a well worn genre. While it might, at first, look like a click and clash aRPG, BoD is actually something else entirely.

The game includes cards that you deal to interact with its world, casting magics and using items. It also sort of plays like a classic tabletop board game, complete with pre-set paths.

Actually, it looks like a board game as well, thanks to the neat papercraft look that the graphics convey.

Sounds cool? Then you might be interested to know that the game is on its way to consoles. Expect it to hit the PS4, Xbox One, and Nintendo Switch next week, on April 30th.

Switch gamers will get a special 10% off bonus too, if they pre-order the game via the eShop. So if you can, you might want to go that route. And if you’d like to see what we thought of Book of Demons, click here to check out our review of the PC edition.

Jason's been knee deep in videogames since he was but a lad. Cutting his teeth on the pixely glory that was the Atari 2600, he's been hack'n'slashing and shoot'em'uping ever since. Mainly an FPS and action guy, Jason enjoys the occasional well crafted title from every genre.
@jason_tas
Previous Horror comes to consoles and PC next month in The Persistence
Next Fame and Infamy has come to Tropico 6