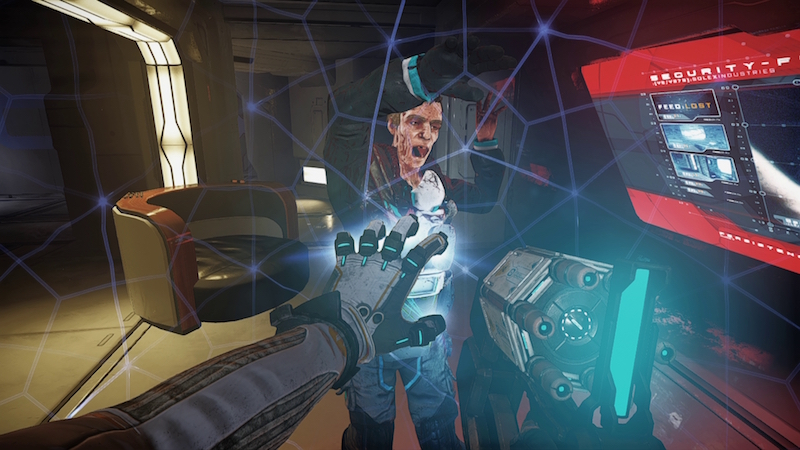 Horror comes to consoles and PC next month in The Persistence

First-person survival/horror game The Persistence is on the way in short order, bringing rogue-like action to consoles and the PC in May.

We haven’t heard much about The Persistence, but it’s looking pretty solid. The game combines a first-person perspective with survival/horror elements and rogue-like gameplay.

“When we made the move to bring The Persistence to new platforms, our key focus was to ensure that the particularly brutal nature of gameplay made the leap to non-VR,”  says Graeme Ankers, MD and founder of Firesprite Games. “As a result, The Persistence keeps players on edge from beginning to end, and with a procedurally generated environment forming around them, no two playthroughs are ever identical, meaning you will never find safety in the same spot.”

Set in the year 2521, The Persistence charges players with surviving on board a doomed deep space colony starship overrun with horrific and murderous mutants. Play sees them fighting their way through the depths of an ever-changing labyrinth to bring the ship back to Earth, with this new version heightening the tension thanks to enhanced environments and post-processing effects.

May 21st is the date. That’s when you can expect The Persistence to come to PS4, Xbox One. PC, and Nintendo Switch. Oh, and if you have the PSVR edition already, you’re in for a little treat, in that you’ll be getting the PS4 edition for free.

Jason's been knee deep in videogames since he was but a lad. Cutting his teeth on the pixely glory that was the Atari 2600, he's been hack'n'slashing and shoot'em'uping ever since. Mainly an FPS and action guy, Jason enjoys the occasional well crafted title from every genre.
@jason_tas
Previous Build your hangout in Torchlight III
Next Book of Demons opening up on consoles