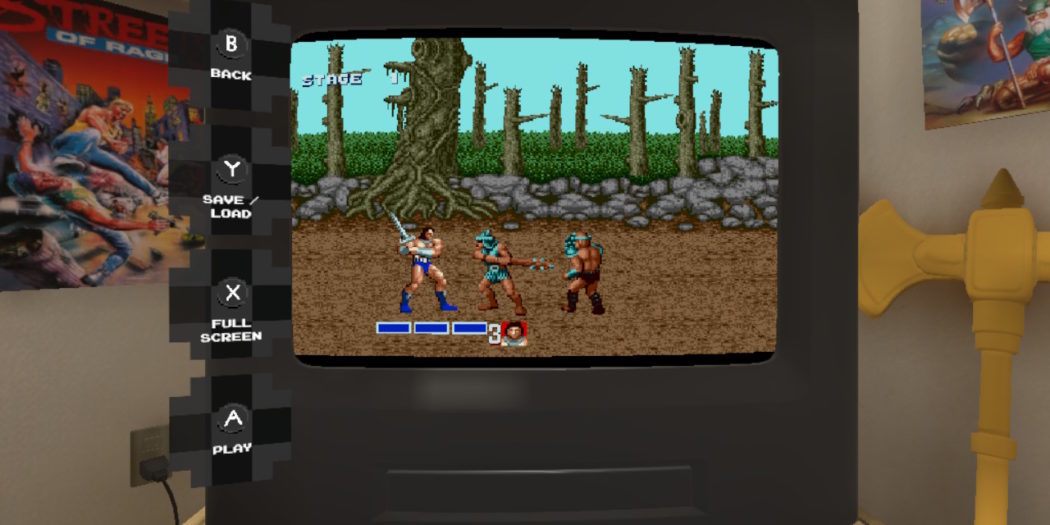 Those of you waiting on playing some old school Genesis classics on your Nintendo Switch should be smiling today. The Sega collection is heading to the console this winter.

Finally, Sega Genesis Classics has a release date on the Switch! Well… actually a release window. But hey, that’s better than nothing. Sega has announced today that the collection of classic 16bit titles will be coming to Nintendo’s console this winter. That’s a pretty broad designation, but I’d bet on it arriving before the holidays, instead of after.

For those wondering, this is a beast of a collection. It’s packed with 50+ Sega Genesis games, and has a host of “modern” features added in. It’s mainly what you’d expect, but it’s still nice to see “online multiplayer, achievements, mirror modes, rewind and save states” included.

There is a feature exclusive to the Switch version of the set too – same-screen local coop mode. In that setup, each player can game on the same Switch, each armed with a joy-con. That should bring back some memories for the older gamers out there. And really, does couch co-op ever get stale?

Sega Genesis Classics will be available for the Switch in both physical and digital flavors. The physical cart is up for pre-order right now from retailers, and a digital announcement will be made soon. Watch for that.

Jason's been knee deep in videogames since he was but a lad. Cutting his teeth on the pixely glory that was the Atari 2600, he's been hack'n'slashing and shoot'em'uping ever since. Mainly an FPS and action guy, Jason enjoys the occasional well crafted title from every genre.
@jason_tas
Previous NYCC 2018: DST bringing signings, a panel, and a new Battle Beast to the con
Next Nintendo announces Fortnite bundle for Nintendo Switch