What a lovely day for a retrospective. And a fitting one indeed to look back at the year that was for the One:12 Collective. You know, since it’s January 12th (1/12) and all.

The six inch scale of action figure has, far and away, become the tops in the industry. Most of the lines out there that are favored by fans are in that scale. And it’s a size that thrives at virtually any price point. Both major retail lines and a good number of niche “collector” series’ can attest to that. 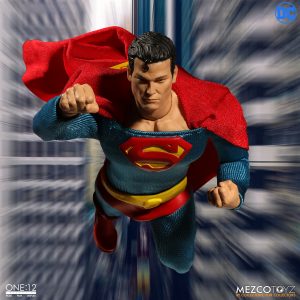 Price on these basically comes down to availability and detailing. The more mass market something is, the easier on the old wallet it tends to be. Likewise for how simple it is to produce. If something is fairly straight forward and doesn’t include a lot of extras, it can usually be found for a little more on the cheap side. Not always, but most of the time.

That’s why you can find DC and Marvel figures for twenty-something bucks apiece. And on the flip side, that’s why a figure from the One:12 Collective will cost eighty or ninety. That’s a big difference in price. There’s also a big difference in quality though… and quantity now that I think of it.

The One:12 Collective isn’t what I’d call a “limited release” line, but it’s not exactly mass market either. While Mezco doesn’t ask for a subscription fee to buy into the line, it’s nature means that it’s not super-easy to get either. 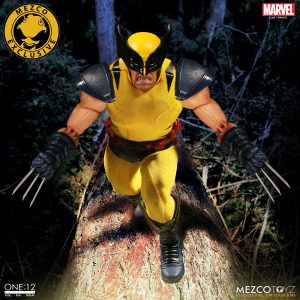 Each figure is limited in production. Not to the level that they need to be numbered, but the supply isn’t as plentiful as a Marvel Legends figure. I’ve missed out on One:12 figures a few times myself. It happens, and basically means a trip to the secondary market.

The best way to make sure that doesn’t befall you is to pay attention to the company’s Facebook and/or Twitter feed. It’s there that you’ll get the heads up on new preorders on their own in-house shop. When they announce a preorder that you want, go grab it.

But when do I get my figure?

There’s basically just one thing that I’ve complained a decent amount about when it comes to the One:12. It’s that it seems like preorders happen quite often, but the time between ordering and shipping seems never-ending. This is not a line without its delays.

While I think that was a valid complaint, Mezco became well aware of the fan response. And since then, the company has been working to shorten that time-frame and halt delays. They actually addressed it directly today, and that was a very cool thing to see. 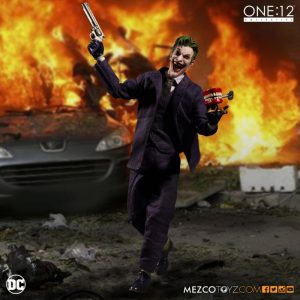 We care about what we do and we do listen to our fans and customers. We are aware that as we strive to build the best product we possibly can things shift off schedule at times. We also have noted that some of you out there feel there has been a lot of pre-ordering and no shipping. We wanted to take a moment to review what we did ship this year to show we are committed to getting our items out to our customers as fast as we can, without sacrificing the quality of the brand. 2017 has seen one of the largest expansions for the One:12 Collective yet. Before we show you what we have in store for 2018 you can take a look at what shipped in 2017 below.

And you know what? When you see it all in one place, it’s downright impressive. As for what’s on the way, you can check out Mezco’s site for more. And make sure to stay tuned right here come Con season for full coverage of what’s in the pipe for 2018 and beyond.

It’s hard to deny that the One:12 Collective has a very bright future indeed.

Here are our “year one” reviews of Mezco’s One:12 Collective:

Jason's been knee deep in videogames since he was but a lad. Cutting his teeth on the pixely glory that was the Atari 2600, he's been hack'n'slashing and shoot'em'uping ever since. Mainly an FPS and action guy, Jason enjoys the occasional well crafted title from every genre.
@jason_tas
Previous PlayerUnknown’s Battlegrounds explodes to 3 million players on Xbox One
Next Shadowman #1 (Comics) Preview