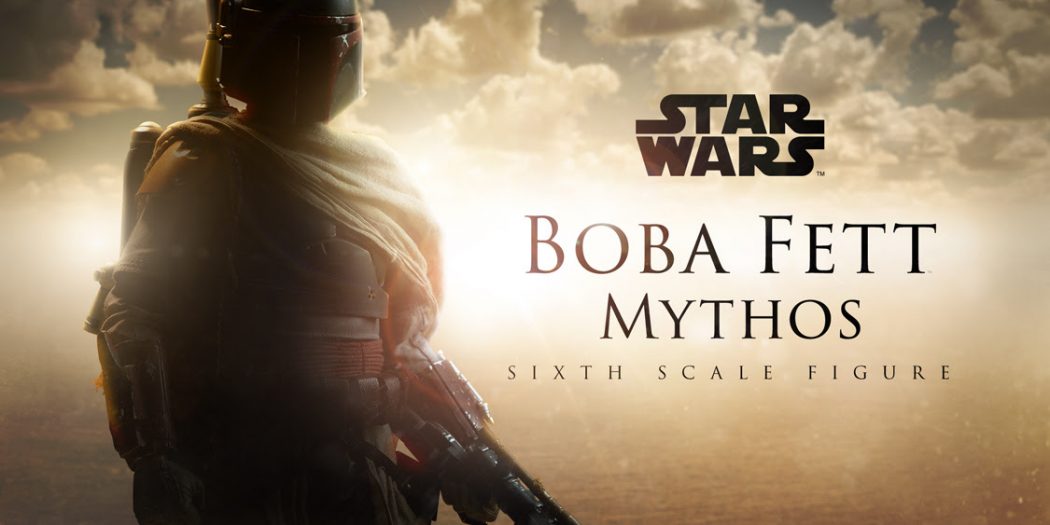 Sideshow is growing its in-house Star Wars action figure line with a marquee name in 2018. The most dreaded bounty hunter in the galaxy is joining their lineup with the all-new Boba Fett.

He’s no good to me dead

If you’re a Star Wars fan who’s into collecting “collector grade” action figures, then you probably know all about the Hot Toys edition of Boba Fett. One of the most popular Star Wars villains ever, Fett had a great figure that was produced by that company a few years back. There was even a deluxe version that came with the mouth/tendrils of the Sarlacc pit that you could pose him with! Awesome stuff that.

While Hot Toys is distributed by Sideshow though, the former’s stuff is not “official” merchandise from them. No, Sideshow actually has their own pretty incredible line of 12″ scale superheroes and other pop culture characters. And that’s where the Star Wars Mythos line comes in.

Right now, we know of one other Mythos figure that’s on the way – Obi-wan Kenobi. It’s an awesome new take on the character, and one that really shows how cool this line can be. Odds are, Boba Fett will be another.

We can’t see much of Boba here in this teaser image, but what is visible is looking pretty slick. And knowing Sideshow, he’s probably going to be loaded up with detail and a bunch of accessories. There’s no launch date, or even a pre-order date at present though, so this is one headhunter that’s probably still a ways off.

As with everything else that Sideshow has been promoting lately though, you can RSVP to be alerted when pre-orders finally do go live. Click here for that.

Jason's been knee deep in videogames since he was but a lad. Cutting his teeth on the pixely glory that was the Atari 2600, he's been hack'n'slashing and shoot'em'uping ever since. Mainly an FPS and action guy, Jason enjoys the occasional well crafted title from every genre.
@jason_tas
Previous One:12 Collective Red Skull (Action Figure) Review
Next Marvel celebrates three decades of Venom