The Walking Dead 807 “Time for After” Recap 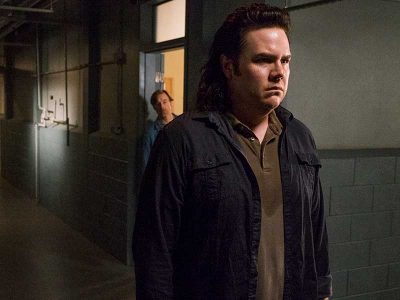 The second to last episode of the first half of this season of “The Walking Dead” was a great one, with the most development and action to happen in a single episode yet this season.

The War Ramps Up:

The episode picks up with a cold open of Rick (Andrew Lincoln) in his cell that the trash people placed him in at the beginning of last episode. The trash leader, Jadis (Pollyanna McIntosh), takes photos of Rick. SWhe says that she will sculpt him after he dies, and puts him back into his cage.

The rest of the episode takes place at the Sanctuary. Inside, Eugene (Josh McDermott), Dwight (Austin Amelio) and Negan (Jeffrey Dean Morgan) are trying to deal with the growing uncertainty that comes from the army of walkers outside the walls. Eugene, tasked by Negan to find the traitor, confronts Dwight. Dwight tells Eugene that the Sanctuary and Negan will fall, and that Eugene should keep his nose out of the conflict. Eugene counters by saying that as long as nothing else happens, he will not flip Dwight to Negan.

Just outside the compound, Daryl (Norman Reedus), Micchone (Danai Gurira) and a few others are gearing up for their plan: run a giant truck through the saviors’ wall, letting the walkers inside. This goes directly against Rick’s decided plan, mind you.

Micchone and Rosita (Christian Serratos) get cold feet, but Morgan (Lennie James), who was sniping, steps up. Daryl drives the truck straight through the wall, flooding the Saviors’ working quarters with walkers.

While this is about to commence, Eugene finds Sasha’s old iPod (which still has a charge!!!), and rigs it up to a drone system. His plan is to draw the walkers away from the compound. Dwight finds him and holds him at gunpoint. Eugene really makes his choice here to stick with the Saviors, and tlies the drone anyway. Overtaken with rage, but not bloodlust, Dwight shoots the drone out of the sky as the truck smashes into the wall.

the situation is sort of dealt with. Many saviors are lost, and the ground level is yielded to the dead. A lot of ammo is used up, and Eugene tells Negan he can make new ammo.

Back in trash-land, Rick fights a masked walker and about six trash walkers, including Jadis. By the end, she agrees to work with him to fight the saviors.

The show wraps up with Rick leading the trash boys to the saviors’ compound, which was supposed to be overrun. He sees an entirely empty yard, and begins to lose it. 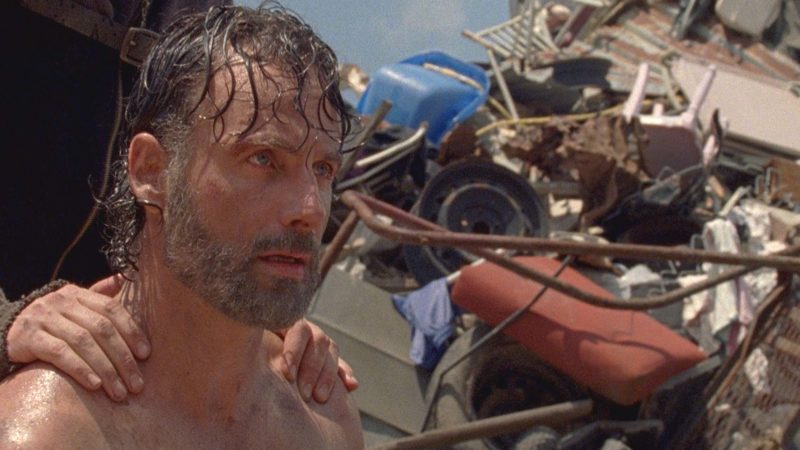 Things are obviously not going according to Rick’s plan. I am not sure if this is good or bad, but I do know that these trash people are the absolute worst and I do not trust them. There is only a single episode left before we break for two months. I was hoping this war could be wrapped up in eight episodes, but it is clear that it wont.

If more episodes going forward are similar to this one, though, I am all for more of a war.

Erich was introduced to gaming by his grandfather before he could walk. Since then, he has grown up loving Nintendo and most games in general. He couples his love of videogames with journalism to cover news, provide reviews and tell it how it is in the gaming world.
Previous The Art of Harley Quinn (Book) Review
Next Progression changes hit Star Wars Battlefront II