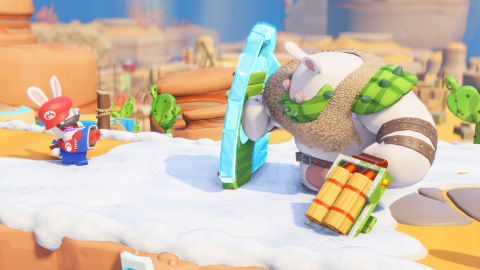 Sure, it’s a day late, but we’re still reporting on Nintendo giving you the latest Download. If you’re a Resident Evil fan, you might just love it.

So Nintendo actually sent this email out yesterday. But, you know, it was Thanksgiving, and we were all eating. I’m not gonna apologize for it. Or for the football. Or the pie. Nope. And anyway, here we are a day later and we’ve got the whole Nintendo Download for your perusal. So really, it wasn’t all that big of a deal, now was it?

Speaking of, it’s kind of a weird week.

Nintendo is touting Mario + Rabbids, which is weird since the game came out in August. This is the Gold Edition (includes the Season Pass), so maybe the version that was on the eShop before was a vanilla one? I honestly don’t know.

That’s not to say that there isn’t some actual new stuff this week though… well, sort of. We get Worms WMD on the Switch, Apollo Justice on the 3DS, and Animal Crossing on mobile, but that’s not all.

We also get both Resident Evil Revelations games on Switch. I’m sure most of the RE fans out there have played these already, but if you haven’t they’re honestly both really good games. That’s especially true if you prefer the classic RE to the newer takes.

As for the rest, yes there’s a NEO GEO game. Scroll down to bask in its glory. 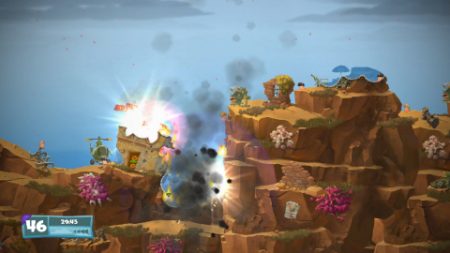 Jason's been knee deep in videogames since he was but a lad. Cutting his teeth on the pixely glory that was the Atari 2600, he's been hack'n'slashing and shoot'em'uping ever since. Mainly an FPS and action guy, Jason enjoys the occasional well crafted title from every genre.
@jason_tas
Previous Mezco’s Black Friday Mystery Box sale kicks off
Next Xbox Games With Gold For December: Warhammer, Back To The Future, And More