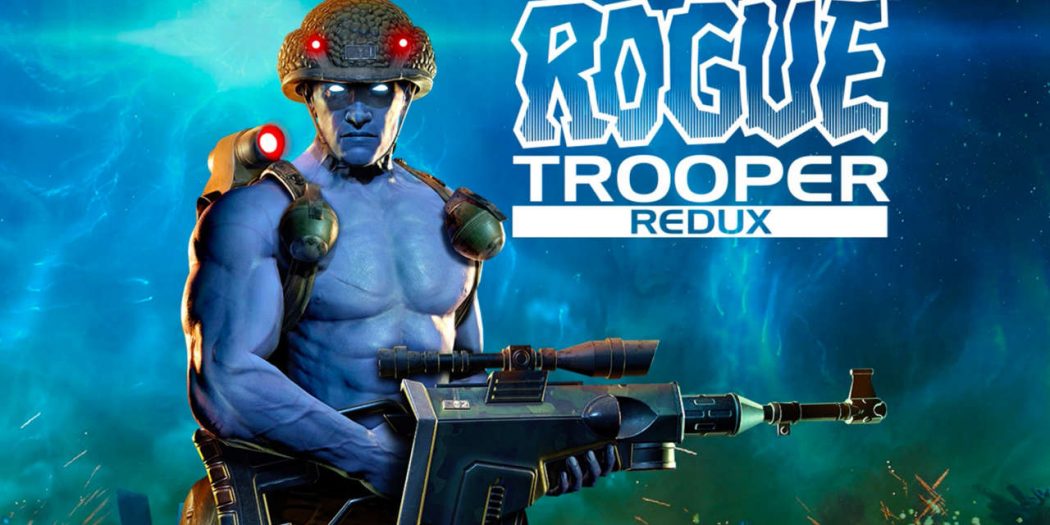 Rebellion recently revealed the release date for their upcoming Rogue Trooper remake. That date being October 17th on Xbox One, PS4 and PC with a Switch version to come later.

For those of you that don’t know, Rogue Trooper is a third person shooter based on the comic book of the same name. It never received much attention back then on the Xbox, PS2 and PC. Even though it really did deserve it… In my opinion.

It received fairly average reviews but never really got noticed. I for one am very excited about this and am looking forward to playing the remake.

The trailer below shows a pretty impressive graphic comparison between the original and remake.

Massive game and movie enthusiast. In any free time I'm always playing something or watching something. I didn't choose the hermit life.
Previous SDCC 2017: Take a break from the Con at Blizzard’s Tavern and Creamery
Next A career in motion: a profile of concept artist Ashley Stoddard