Home / News / The US demo disc for PSVR is LOADED

The US demo disc for PSVR is LOADED

So the PlayStation’s virtual reality headset (PSVR) comes with a demo disc. In the UK, it’s got 8 games on it. In the US? Eighteen.

A VR Smorgasbord for the PSVR

Needless to say, gamers want content above all else. Yes, nice graphics are great and sound quality is good too, but it’s content that sells consoles- and things like the PSVR. Sony’s got a somewhat tough road ahead with the virtual headset too, especially given that sales of similar items have been somewhat less than great.

Helping towards that goal is an absolutely loaded demo disc that comes packed in with every PSVR in the US. The UK gets a nice sampling too, but it’s nothing like what’s included in the American version. In all US audiences will get a monster 18 demos, all ready to play on day one.

No, these aren’t full games. What do you think this is, the 80s? The 90s? Pack-ins at launch went the way of the dinosaur a long time ago. But what is here is pretty nice. And although the pack-in with all the games pre-loaded will be US only, there still may be hope for international gamers.

According to MCV, Sony has said that all the demos will be on the PS. While we don’t know if that will hold true across the globe, there’s a good chance that it will. So if you don’t have he games in question on disc, you might just be able to get ’em via download. 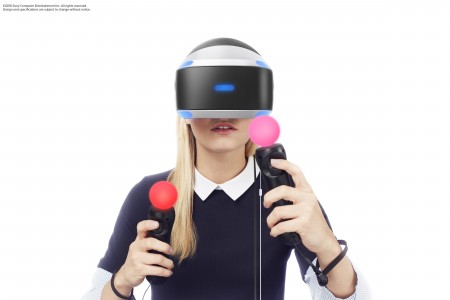 In all, everyone will get demos of:

If you’re in the US though, you’ll also get:

Not bad at all. Actually, pretty fantastic. The PSVR headset (demos included) hits retail on October 13th, and will run you $399.99 USD.

Jason's been knee deep in videogames since he was but a lad. Cutting his teeth on the pixely glory that was the Atari 2600, he's been hack'n'slashing and shoot'em'uping ever since. Mainly an FPS and action guy, Jason enjoys the occasional well crafted title from every genre.
@jason_tas
Previous Corvo is back in this new Dishonored 2 trailer
Next Death of X #1 (Comics) Preview