The next installment of 2K Games’ wrestling franchise is almost upon us with WWE 2k17. So it’s only right that the company opens up a bit more about the game.

WWE 2k17 has been oddly undefined in any great way. That’s kind of strange given that 2k, as a publisher, usually likes to release tons of info on its wrestling games leading into the launch. I’m not totally positive, but I think we actually had a full roster and feature set for WWE 2k16, by this time last year.

Prior to today though, all we knew really was who was on the cover and a partial character list. As for what the game would actually offer, we knew zip. Today lets in a ton more light though, with 2k’s Mark Little opening the vault.

Without revealing all the secrets that the game will hold, the WWE 2k17 blog has gone quite deep on what you can expect from it. Here are a few highlights that stood out to me.

Developer Yukes has always had a much more arcade-y style in terms of gameplay. What started with the Smackdown series was largely continued into the WWE 2k franchise. It’s… not my favorite.

As a huge fan of the long-defunct N64 style of wrestling game (Wrestlemania/No Mercy), you can probably see why. Those games were way more strategic in play, whereas Smackdown’s style (read: Yukes’ style) felt way too hectic.

Slowly though, the 2k series has been moving in a more strategy oriented direction. 2k goes on the record now in saying that that’s a result of direct fan commentary, and it will continue with this year’s game. So if you dig No Mercy, then you might find even more to like in WWE 2k17. Hopefully. 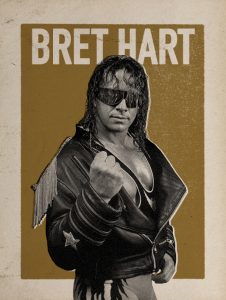 As usual, WWE 2k will include a good chunk of the pageantry and backstage antics of the real thing. 2k says that here too, the game will be greatly improved over last year’s model with “run-ins, as well as pre- and post-match attacks”. They want to make it feel like anything can happen at any given time, and that’s a very cool thing that I think any wrestling fan can get behind.

A monster-sized part of wrestling games ever since the aforementioned Wrestlemania 2000/No Mercy pioneered what’s still considered by some to be the best create-a-wrestler of all time. So with that, you know 2k17 is going to have a wrestler-lab all its own.

According to 2k, you’ll be able to both create and share “WWE Superstars, Arenas, Entrances, Shows and more”. This is in addition to the bulking up of the creation tools themselves, which were already pretty deep in 2k16.

You’ll also reportedly be able to record match highlights, and then use them to make entrance videos for your created characters. Yes, that’s awesome.

All in all that sounds pretty great. Of course, we’ve yet to play the game, so I can’t comment on how it actually plays, but if it’s anywhere close to those Nintendo 64 classics, I think WWE 2k17 might have a chance to become the new King of the Ring.

We’ll have more as it’s released on the game, which hits consoles on October 11th. As of right now, you can read up on a bit more on the official blog post, here.

Jason's been knee deep in videogames since he was but a lad. Cutting his teeth on the pixely glory that was the Atari 2600, he's been hack'n'slashing and shoot'em'uping ever since. Mainly an FPS and action guy, Jason enjoys the occasional well crafted title from every genre.
@jason_tas
Previous Master’s Of Orion to Exit Early Access
Next Injustice 2: Red Hood and Joker Teased