Just Dance 2017 began the show, as per, with an elaborate bright and magical dance routine, to a classic Queen song, then enter stage left Aisha Tyler, her usual pumped up self, ready for another great show.

Kicking of the shows long list of game reveals and release dates; Ghost Recon Wildlands gives us a taste of the gameplay and story. Based in Bolivia, and around the Mexican Drug Cartel creating their own Cocaine from Coca leaves, you play as a Ghost agent hunting down bad guy El Pozolero. 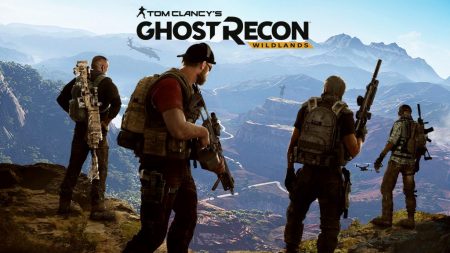 The gameplay shown during the show was a 4 player co-op, spanning the vast open world, where you are free to fufill your objective as you see fit, the use of several different modes of transport will come in handy for this game that is for sure, the world seems vast, and our guys at Ubi say it is the biggest open world they have released ever before. Good things are being promised with GR, lets hope the hype holds up March 7th 2017 on release day.

South Park The Fractured But Whole, the epic and eagerly anticipated sequel to The stick of truth, has been given its release date also, upcoming December 6th this year, just in time for Christmas of course, and a nice bonus revealed; pre-order now and receive a copy of Stick of Truth free. Now that is how you market a game people, take note.  On to last year high ranking new release, The Division, two brand new expansions announced, Underground and Survival. Along with news of 3 exclusive outfits given away to play in the prestigious Ubi Club, for you to enjoy with your new expansions. Only down side so far are PS4 players will be waiting slightly longer to play these DLC as XboxOne and PC will be able to play from 30th June. Next up was the first of two brand new Ubi ventures into VR gaming, Eagle Flight sees you play as the Eagle, it can be PVP or single player, which is a little bit cool, the second being a Star Trek VR, with immersive gameplay, allowing you to play with people around you as a team, just like the cast of the TV show and destroy enemies who may come blasting your precious ship. 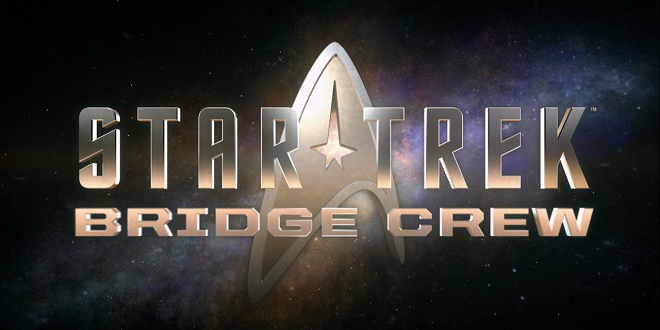 For honor was teased to us last year at E3, and we have been chewing at the bit to see some more of this open world RPG based on the history of war. Play as Samurai, Viking or Knight, and develop your characters skills, and army, to progress through the ranks. Revealed to us this year was the news of a Campaign mode,  and some intense gameplay introducing more of the meelee combat system you be using in the game. Valentines Day release should see plenty of loved ones enjoying a bit of history and blood shed, as the day is intended of course, but until the gamers can visit ForHonor.ubisoft.com to sign up for future Alpha demo. 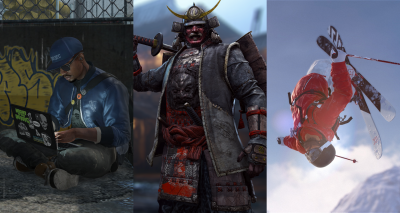 Watch Dogs 2 was also revealed, after we got a slight teaser last week. This year you play as Marcus, a young hacker, working for DeadSec, the hacking group from the previous game. A few things have changed, or should I say enhanced since WD1, you are able to hack alot more people and objects at once, and the help of drones has been thrown in the mix, as well as your team, helping you plan and play the game the way you want. Communication with other players has also been added in this time, which is something alot of player were wanting in the previous game. Fight system has too been updated, thankfully, but then again as a hacker, you shouldn’t need to use it very often, should you? Sony have also announced they will be releasing an extra DLC 30 days earlier on PS4 than PC and XboxOne gamers will receive it, and a remote control Robot drone given with the collectors Edition is also bound to be a huge hit with fans, look for more news toward the release date, November 15th, this autumn.

Steep, the brand new genre as Yves Guillemot called it, was Ubi’s big reveal at the end of the show. Similar to the old snowboarding games of PSOne, this game takes it to the next level, with insanely beautiful graphics, and picturesque landscapes, you can play alone or with friends, together or compete, in several different extreme winter sports. You are given the ability to chose you mountain track and route, customise your character and decide the sport you wish to partake in, a new mapping system not used before is used to give u ease of manoeuvre through the game. Im expecting big things through out the year from Ubisoft all about this game. 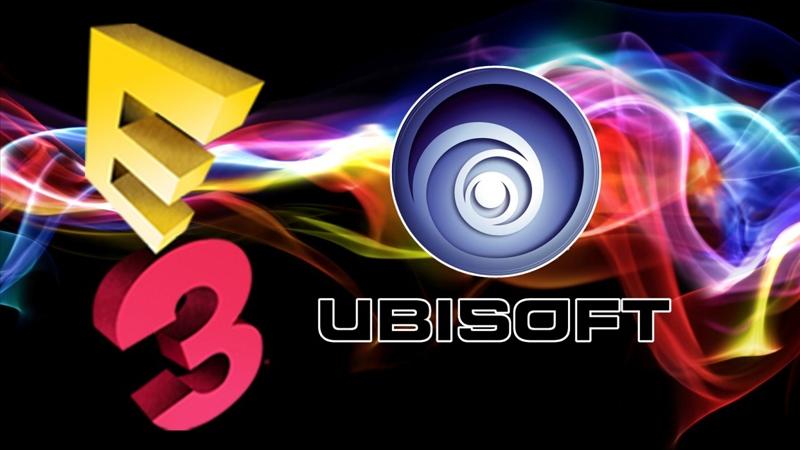 Here are a few smaller games also discussed during the show, ones to watch for :

Of Course the absence of Assassins Creed didn’t go amiss, and a small video showing some unseen footage and behind the scenes footage was shown, and we were able to get a better idea of how this amazingly intricate game will transfer to the silver screen.

Did you catch Ubi’s show? Let us know what you thought, and what your looking forward to this year from the studio. 😀

One of BG's UK contributors and a PlayStation super-fan, Kiri is self-described as "super competitive" and can be most often found shouting at her other half "kicking my butt on Injustice".
Previous E3 2016: Call of Duty: Infinite Warfare goes to space in new trailer
Next Oxygen Not Included announced from Klei at E3