Home / Comics / Filming on Guardians of the Galaxy Vol.2 is underway

Filming on Guardians of the Galaxy Vol.2 is underway

And with one photo, the Guardians of the Galaxy are officially on the way back to theaters. 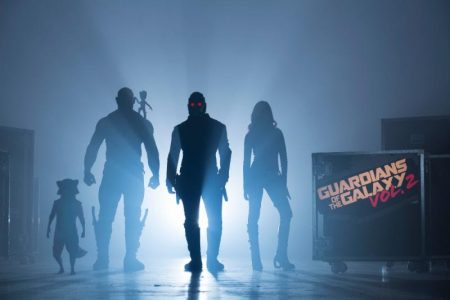 Yes, that’s it. That’s all you get. At least it’s something though… right?

Star Lord and his ragtag crew of outer-space misfits broke through at the box office in 2014, raking in a global total in excess of $770 million USD. That’s an impressive feat, especially considering that the GotG themselves were far from A-listers in the comics world at the time of the film’s release.

First hitting the mainstream Marvel U in 1969, the Guardians have really always been niche superheroes, not really even close to the same level of popularity as characters like the X-Men, Spider-Man, or the Avengers. But thanks to the film by director James Gunn, they’ve blown up like never before.

And with a new legion of Marvellites in love with the first film and now reading the comics of the same name, this sequel is one that’s just about as hotly anticipated as any other in Disney/Marvel’s lineup. With a release date set for May 5th, 2017, it’s still a movie that we don’t know a heck of a lot about at the moment.

What we can tell you is that the centerpiece of the story will revolve around actor Chris Pratt’s Peter Quill/Star Lord and his quest to find out who his space-faring father is. And much like the original, GotG Vol.2 will have a musical score that plays an integral role in the on-screen action. Yep, get ready for Awesome Mixtape Vol.2 – and considering that the first movie’s soundtrack was a Grammy nominee, it’s cool to expect some big things from this one too.

Here’s the specifics, straight from Marvel:

Jason's been knee deep in videogames since he was but a lad. Cutting his teeth on the pixely glory that was the Atari 2600, he's been hack'n'slashing and shoot'em'uping ever since. Mainly an FPS and action guy, Jason enjoys the occasional well crafted title from every genre.
@jason_tas
Previous The Apocalypse Wars rage in Marvel’s X-titles
Next XCOM 2 (PC) Review