Home / Comics / The Book of Death: The Fall of Harbinger (Comics) Review

The Book of Death: The Fall of Harbinger (Comics) Review 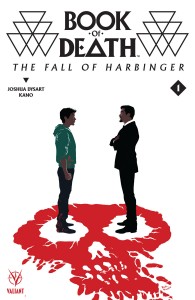 I was a follower of Jim Shooter even before I know who Jim Shooter was.  During Shooter’s tenure at Marvel, all I knew was that there was a comic called Secret Wars and a toy line and I was sold.  When Jim Shooter left Marvel, the second company he started was Defiant.  I was such a fan of Jim Shooter that I even bought Defiant’s Warriors of Plasm.  In between Marvel and Defiant, Jim started Valiant Comics and wrote the original version of Harbinger, resurrected and then apparently killed in The Book of Death by the new Valiant Comics.

The comic begins with a recap of the story so far, which is good for old and new readers alike.  I was a casual reader of Harbinger back in Shooter’s day and I recognized the names Pete Stanchek and Toyo Harada and their (what seems like eternal) struggle.  The first thing a reader notices is the outer space through which Pete Stanchek and Harbinger travel.  The colors are washed out in space, but Pete’s friends are brightly colored.  Are the rest of Harbinger really there?

The story had a promising opening, but then it lost me.  Robots named Curtis Mayfield?  Bleeding Monks?  Maybe I just forgot some issues.  The writer, Joshua Dysart, can’t be faulted for my memory, but he can be faulted for lines like “The Bleeding Monk has bled to death”.    Anyway, again, the colors are very bright, almost animation-cell bright.  I am a big fan of Kano’s coloring as well as superb line-work.

Back to the story.  The script is another one of those “It’s the end of everything” tales.  Which, I suppose, is appropriate, given the name of the comic.  The story tries a flashback-within-a-flashback sequence which only causes confusion.  Don’t get me started on the Harbinger dance party (complete with disco ball!).

After the dance party, things get metaphysical.  The rest of the story is beautiful to look at, but very, very confusing.  But again, maybe there is something I’m missing.

If you have read every Harbinger story out there, then have fun.  If you were a casual reader (like me) or someone who doesn’t know what a Harbinger is, then you have a choice to make.  Do you want to read a confusing, vaguely Buddhist story with beautiful artwork?  Then this is the story for you.

Previous EGX Hands-On: Need For Speed
Next Oh yeah, here are the Games with Gold freebies for October 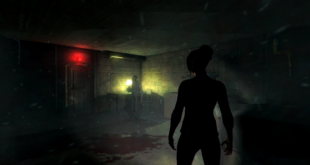 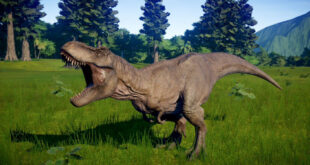 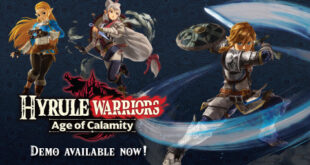