Home / Editorials / Rainbow Six: Siege is both great and terrible

Rainbow Six: Siege is both great and terrible

There’s a little thing going on right now that you may have heard about. That’s right, the Rainbow Six: Siege beta has been live since last Thursday, and it’s still going strong until Sunday, when Ubisoft will pull the plug until the game’s launch on December 1st. Having played it for quite a while, I came out of it definitely amused, but I can’t shake the feeling that, if certain aspects aren’t addressed, Tom Clancy’s team of secret operatives may turn out to be the stars of 2015’s biggest disaster since Arkham Knight’s PC port.

The beta launched with two game modes, although a third one was added in a small update. You can jump into multiplayer, where you’ll be tasked with capturing or defending an area in Secure Area or with defusing (or preventing the explosives from being defused) in Bomb. Right out of the gate, these names don’t sound all too original, but that’s the least of the troubles present here. The final mode is the co-op alternative Terrorist Hunt, where you and up to 4 friends can team up in order to take down a certain number of bots in the 3 multiplayer maps included. 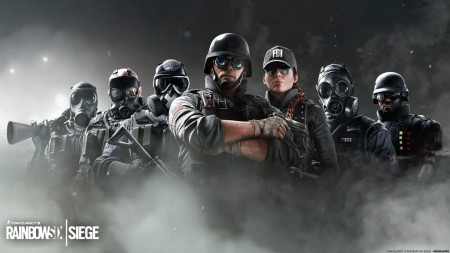 Upon jumping into the couple of PvP modes on offer, I was pleased to discover that the franchise’s smooth gameplay and great tactical options are still intact. No two matches will ever be the same, as the objectives can be tackled in several different ways. Will you blow up the wall and shoot your way into the room, or will you choose to detonate the floor and catch your enemies by surprise? The wide array of possibilities is truly engaging, and you’ll often find yourself trying out new ways to take out the opposing team. This aspect is made excellent by the realistic environmental damage that can be inflicted upon the several structures that outline the map. Almost everything can be blown to pieces, making for sweet shooting holes and improvised cover spots.

The guns also look and feel great, with every shot truly resonating and each hit feeling like it made some true damage. It doesn’t take a lot of shots to kill or be killed, making for some tense moments as you try to figure out where the enemies are before you get surrounded yourself. Buildings and character models complement the beautiful aesthetic of the game and add to the realism that the game tries so desperately to convey. 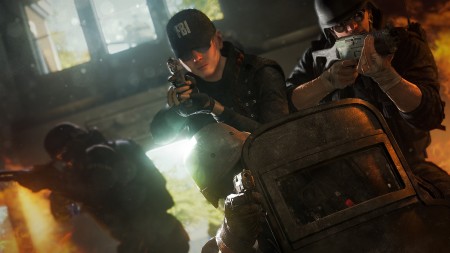 The problems arise upon finishing a match. Each one grants you XP points and Renown points, with the first ones being – at least on this build– totally useless and only good for gaining levels devoid of meaning, and the second ones employed to unlock the game’s several characters or Operators, as Ubisoft likes to call them. Each one of them packs a special ability that sets them apart from the rest, but I couldn’t help but notice just how unbalanced this whole system is. For instance, there’s one Operator which has the sole purpose of being able to blow through reinforced walls, which are virtually indestructible to any other player. That’s neat, but what if the other team decides not to reinforce the walls, which is the case in 9 of 10 matches you’ll play? Then that character will be totally useless, that’s what. Then there’s another character who has the overpowered ability of throwing several grenade detonations through a wall, usually resulting in half the other team being downed.

Ubisoft attempted to solve this lack of balance by not allowing the same Operator to be chosen twice on a same team, meaning you’ll often be stuck with just being a regular Recruit (the default character) because all the other tough guys are taken. This sucks when you only had the money to buy one, because you’re basically paying to choose a Recruit until someone who has bought a wealth of characters decides its okay for you to play as the only one you’ve got. 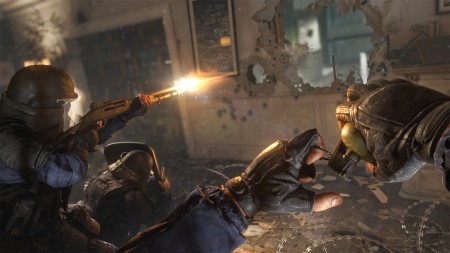 This frustrating lack of balance is made worse by the laughable amount of content included here. If Ubisoft is to be believed, the final game will sport the 3 modes included here, plus a hostage-scenario mode and some bot practice, with no story mode whatsoever, which means you’ll breeze through it in a week or so. Sure, there will be more maps to keep you entertained, but if there aren’t any more Operators planned for release day, then that means I’ve basically unlocked more than half the content of the game in a single week and without even playing every day. That’s just bad game design, plain and simple, and I have a hard time imagining people coughing up 60 bucks just to play the same modes over and over.

There are also some awful connection problems, with the servers being down every once in a while and players suffering constant disconnects and errors. This can’t be given too much importance, though, since it is, after all, a beta, but it’s something to keep in mind as we approach the final product’s launch.

All in all, I want to be cautiously optimistic about Rainbow Six’s return, I really do, especially given how much I loved Vegas 2, but Ubisoft has made it really hard for me to have any hope. Sure, it’s great to see Terrorist Hunt return (although seeing how little XP this mode actually earns you, I wouldn’t be surprised if it becomes a barren wasteland mere days after its release), but the plague of balance issues and lack of content just can’t be ignored. I’m willing to believe the developers are working on solving these glaring issues and not relying too heavily on day-one patches and expensive DLC down the road, because Siege’s fantastic gunplay and thought-provoking tactical options have the potential to become something great.

I’m a passionate gamer and writer (and BG's US PlayStation Editor) who enjoys action-adventure games and first person shooters and who thinks Naughty Dog can do no wrong!
Previous EGX Leftfield Collection Round Up
Next MattyCollector announces details of new He-Man figure subscription