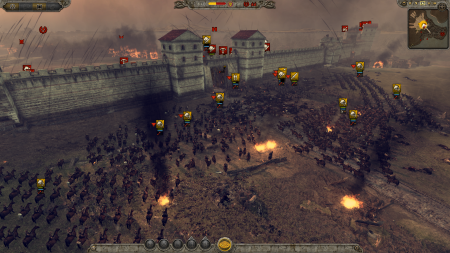 Of course, for many, this just looks like an overhaul of the Rome II engine. In my eyes however, it appears that they’ve learned what worked and what didn’t with Rome II, and did their best to expand on that to make an even better Total War game. Creative Assembly has also expanded on another field that I think they really excel in with this game, that being the cut scenes!

The intro scene to this game is on the same scale of epicness as that of Napoleon: Total War. Each faction also has its own introduction cut-scene, giving you the player some background information on your selected faction. Also at certain points in the campaign, Attila related cut-scenes appear. That’s enough about the non-playable stuff though, because without further ado, let’s get right down to the meat and potatoes!

Starting off with a negative aspect, the first released build of this game definitely has bugs. Not like what we saw with Rome II, but certainly a few! The most annoying bug (but non game breaking) was that randomly, at the start of a turn, the UI would take a significant amount of time to load. At first I thought the game was simply just frozen, but if you have the patience it’ll take about 15 seconds or so, depending on your computer, to actually load, and then you can begin your turn. The only other bug I encountered were some random crashes in battles. Unavoidable, but not a major problem. 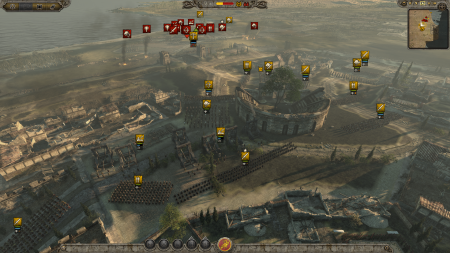 For battles they’ve really improved the auto-resolve this time around too, actually to the point were it seemed viable to auto-resolve crucial battles if you were strapped for time, since the approximate losses were around what you could get by actually playing. They kept the same three ‘stances’ you could use in auto-resolve; ranging from aggressive to protective, but the algorithm to determine your ‘odds’ of a successful attack feel much better.

I also remember the AI being fairly docile in Rome II, but even playing on only Hard difficulty in Attila I was having a lot of trouble getting anywhere. Most factions are also considered ‘hard’ starts, so I would recommend the Sassanids to start with for any new or returning (and rusty) players. After failing as the Visigoths and Franks a few times, I figured I’d go with the easier Sassanid start.

Sassanids are definitely that, and you really get as much time as you want/need to build a strong economy. And with the Western Roman Empire close enough, and weak enough to engage really at any time in the early game, your potential for expansion is quite remarkable. The Sassanids also start with a protective border of puppet states, giving you time to prepare if the Romans come for you, or the Huns of course!

In Rome II you couldn’t assign provincial edicts until you had conquered the entire province, now however you have to appoint a Governor first, something which can be done even if you only have 1 of the 3 cities of a province in your pocket. As in Rome II, edicts are capped based on how large your empire/faction is. They’ve also expanded more in Attila on the character development system introduced in Rome II, going more for a Crusader Kings vibe. 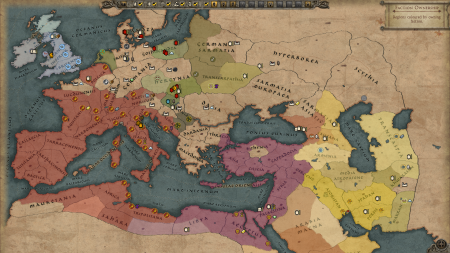 Characters level up like in Rome II, and they get a ‘tree’ to spend points on. Increasing different abilities and stats for your commanders and governors. There are also more ways to spend characters gravitas/influence (Assassination, declaring themselves heir, looking for a wife, those sort of things), as well as random events, and further expanding on the overall faction menu.

If you’ve played Rome II, or even seen the main menu, then you will likely recognize the prologue that is available. This is something introduced in Rome II, and is more or less a tutorial. It outlines all the mechanics of the game; from different functions available to you the player, on the main map, and into detailed explanations of morale and real-time battle mechanics. It was certainly a great start to Rome II, and here in Attila it does just the same.

The prologue even gets you familiar with some of the many factions in the game. And while we’re on the topic of factions, this game offers many of them. This is both a pro and con though. The pro is that there are more people for you to take over, ally with, ignore… whatever tickles your fancy. The obvious con being that time between turns is quite long, not quite like Rome II, but close. The other con for me is at times it almost seems unnecessary. Like it’s just there so that the promotional material can say, “There are X number of factions in this game.” 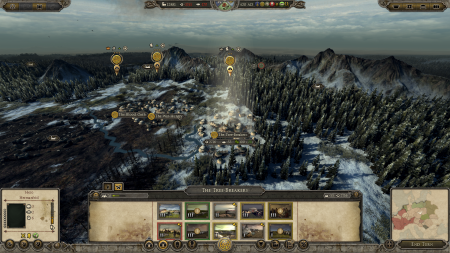 One new mechanic to Attila is migrations. Most factions that begin in what is now considered France and Germany are migrators, which allow you to (to my understanding) colonize desolated and ‘forgotten’ areas with your tribe of people. I have claimed deserted/desolated areas without migration however, and the larger the army(s) you have, the cost to colonize the city reduces. From what I’ve seen on the map, these cities are normally the capitals of a province. Once I’m more familiar with the game I would like to see how this works when playing Ostrogoths, Visigoths, Huns, etc.

The technology trees for each of those factions in Attila are split into two categories; civil and military. The UI element that they’re placed and categorized into is much more clean and intuitive then Rome II, which is great. The encyclopedia in game has also carried over to the new title, and it contains useful information on everything in the game. Statistics of units, buildings, building progressions (If you build X you can eventually upgrade it to Y), faction bonuses, and so on.

Along with the improvement to mechanics, and although it isn’t a night and day difference, the graphics have not been neglected. I loved the look of Rome II, but Creative Assembly has made many changes to the look of Total War, most of which are subtle, to really elevate the graphics of this series to the next level. One thing that can really make a game great is the community too, and in Rome II they increased the amount of modding tools available for modders, and Steam Workshop support is also available. That’s something I would really love to have gotten deeper into with Attila.

The Audio is very well produced, but it is for the most part, re-used from Rome II. It seems that the ambient music, diplomacy/messenger speeches, and battle sounds are just completely taken from the Rome II directory and placed into Attila. This is something that is very sad to me. Although the games are similar in combat/technological era, surely they could have taken the time to add more sound effects and music into the game. 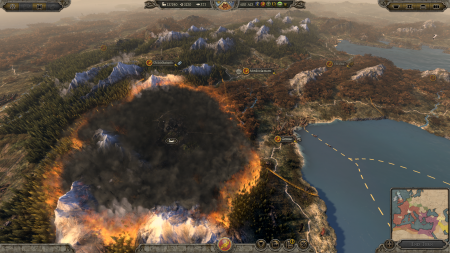 So here we are, you’ve finished that wall of text and you want my final opinion. Is this a buy? I am going to say yes. Although it is a similar game to Rome II, it is improved, redesigned, and ‘fixed,’ with very few elements of the game lacking. I’m going to give it an 8/10 for a few reasons. The initial bugs could be a bit annoying, and the fact that the audio was almost a total copy is a negative. However improved graphics, character progression, provincial details, and new unit types and trees really rejuvinate the early years of warfare for me in terms of overall gameplay.

I am an avid gamer residing in Ontario, Canada. I play games from almost all genres, but my favourites are Strategy games and RPG's. Hobbys I have other than gaming are playing bass, reading, and building/upgrading computers.
Previous New round of fight sticks and pads on the way from Mad Catz for Street Fighter V
Next Want to see a Modern Warfare 2 remake? Apparently plenty do.