A look at a somewhat different take on the ‘bullet hell’ game. 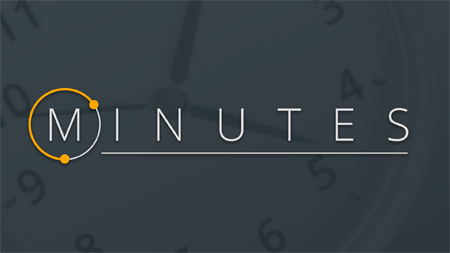 We always talk about certain games that are good ways to kill a few minutes when you’re doing nothing.  Minutes may just be a prime example of that, and with each level being one minute in length, you could beat a few levels in your spare time.  Or try desperately to beat your best score on a level.  But it’s so addictive that you could end up killing more than just a few minutes.

Developed by Richard Ogden, AKA one man development studio Red Phantom Games, Minutes is a sort of twitchy, bullet hell style game.  You control an orb that can absorb various energy lines that appear on the screen.  Your aim is to absorb the coloured lines and avoid absorbing the black lines that appear, as they will damage you, and if you take too much damage, you fail the level.

As you move your orb around the level, you can expand and contract at will by using the shoulder buttons.  Being smaller makes you harder to damage, but also makes it harder to collect energy.  Being bigger means you can collect more energy more quickly, and your score multiplier gets higher as a result, but you’re also a bigger target for damage.  In the initial levels, everything is relatively serene, with simple dodging and weaving between lines to collect your energy.  But as you get further into the game, things get much more complicated, with tiny orbs floating around the level that can switch between energy and damage, huge energy beams that encourage you to expand fully, and spinning wheel type constructs that have arms of energy and damage on them. 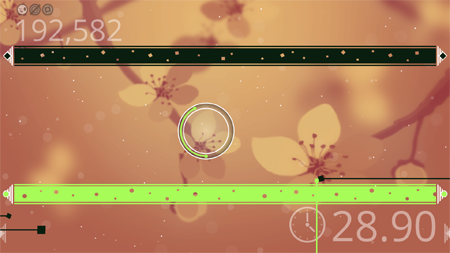 It’s all about strategy and movement.  Knowing when to stay still and knowing when to change the size of your orb gives you a lot to think about, especially in the 60 seconds of the level.  But it’s challenging and has that classic ‘one more go’ hook.  The levels don’t change on repeated playthroughs, so it gives you a chance to study and follow the patterns to get the best score.  The game is visually simple and very striking as well, with the music pounding along in the background.

Minutes is out in October for PS4 and PS Vita.  You can find more information at the Red Phantom Games website.

Mike is Brutal Gamer's Indie Editor. He has been playing video games since the early 90s and is fond of racing games, puzzlers and MMOs. Typing /played while in WoW makes him cry, but not enough to stop him playing some more.
@Ognawk
Previous What is going on in the gaming industry and where has the value gone?
Next EGX Hands-On: Never Alone