With Yoshi’s New Island fast on its way this month, there’s been an explosion of new footage to chew on. Take a gander at them in your leisure and see what you think. 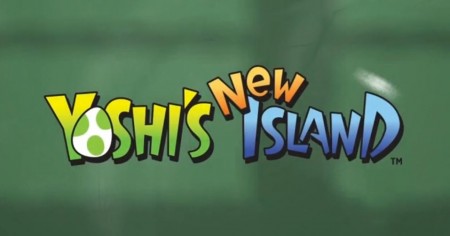 An interesting thing to note is that a great deal of the songs in this game are a remix of the title’s main theme. The tunes are much of what you’d hear in any Yoshi game, very cheerful and calm. The art style is what Nintendo wanted to accomplish in the first place when Yoshi’s Island was being developed, but couldn’t due to the limitations of the SNES. There’s more definition in the models, and the coloring book effect is far more pronounced than the original game. There’s some new and interesting features as well, like Yoshi turning into a jackhammer, turning a giant metal shy guy into a huge egg to anchor Yoshi underwater, etc. etc.

Another cool thing to take note of is Kamek’s role as a boss. Instead of using the usual oversized flunky to do his dirty work, he’s taken it upon himself in the first castle to fight Yoshi head on. It’s real neat seeing all of this footage released at once, and serves as a good way to hype the game up before release.

Well, my name's Christopher Deleanides as you all know and I'm the Nintendo Editor here at BG. I've been playing video games since 1992, and I've been a Nintendo fan the entirety of those years. My love for video games as well as Nintendo hasn't changed, and probably never will. The only thing that comes close is politics, as I'm very deeply involved in both local and international issues.
Previous Saturday Radar: GamesRadar’s best for the week of 2.24.14
Next Veil #1 drops this week from Greg Rucka and Dark Horse Comics