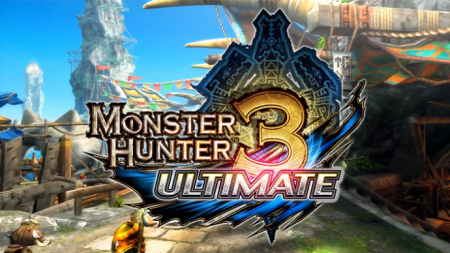 The Monster Hunter series has been widely followed by fans since its initial debut in 2004, on the now obsolete PlayStation 2 and is critically acclaimed to be one of the best action series to date. In 2009, Capcom released Monster Hunter Tri, the 7th iteration of the series.

It released on the original Nintendo Wii and aside from generally positive reviews, sold only mildly well on the system. Last March, Monster Hunter 3 Ultimate was released for both Nintendo consoles, the 3DS and the newly released Wii U. 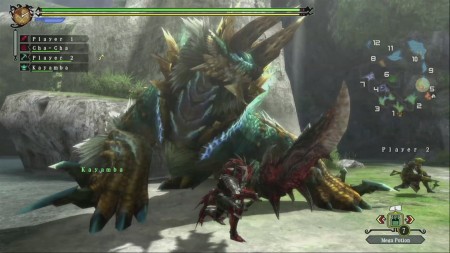 Most would think that ultimate is just a better looking version of Tri, but that would be an injustice to such a good game. So with that in mind I will outline the changes from the Wii version to the Wii U. The game itself has 211 totally new quests to indulge in, strewn across 3 new areas not found in the original. It brings about 3000 new weapons and armors to the game which allows the player to continuously upgrade them. And then the reduced load times and the much improved graphics allow for this game to shine as you fight giant beasts in 1080p. This truly is a game that will suck time out of your life, making you want to advance in the best possible ways.

The gameplay itself is also greatly reworked from its predecessor. Tri was only playable with the purchase of the Wii pro controller which not many casual games would have owned. It could be played with the Wii remotes, but a lack of buttons and motion commands often interfered with the process of enjoyment. Now with the Wii U pad, you can enjoy the much more fluid movement found in joysticks, making long play times much more enjoyable. Sure most hard core gamers will recommend that you use the Wii U pro controller for the enjoyable experience, but the Gamepad screen provides some useful information which you can’t see with the use of a second screen. 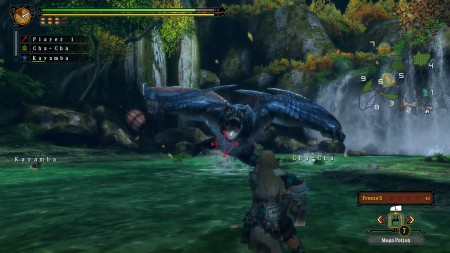 The actual fights themselves remain largely unchanged from Tri to Ultimate. You must still continue to hit the beast until it weakens substantially. The addition of the gunner class allows players to hurt these monsters from a distance which is nice. The only issue with this play style is the fact that some monsters tend to have charge attacks which mean that if you don’t dodge their attacks at the appropriate time, then your goose will surely be cooked. It also means you have no effective means of fighting them in close proximity as your only melee move would be a measly kick. The rest of the weapons deal powerful blows but have long wind up times and often times get you caught in an animation where you are left vulnerable. 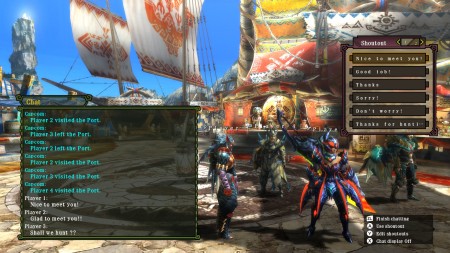 The biggest game changer for Ultimate was the addition of 4 player multiplayer though. It allows for both 3DS and Wii U combat and also online Wii U play. The compatibility with the 3DS means that if a a friend has a 3DS with MH3U, then they can fight with a Wii U- with the battle being played out on the TV. For those without friends (so sad- ed), the online functions allow you to play with people across the world. You arrive at the online “Port” and instantly hop into a game in progress or make one yourself. Voice and text chat allow you to communicate with those playing with you too, although it’s not necessary to take advantage of the multiplay.

Well all in all, this is the strongest game to come out for the Nintendo Wii U to date.

It takes what made Monster Hunter Tri good and adds a good dose of improvement and innovation. Even if you have played Tri before and completed every quest, it’s a smart idea to move to Ultimate, seeing as it definitely takes advantage of the better Wii U graphics and the glorious joys of dual sticks.

The massive amount of new content will surely keep any fan playing for hours more and enjoying all there is to this game. Playing with friends makes everything better as well and will guarantee hundreds of hours of enjoyment for even the noob-iest of players.

A young lad on a magical journey through the dark and terrifying world known to many as "the industry". From his hellish prison, Isaac can hear the cries of pain and suffering from those who came before him, only to hear their hearts stop in utter terror. Video games aren't all fun and games kiddies.
Previous The Brigmore Witches coming to Dishonored next month
Next Twin Moons (iOs) Review