Home / Collectables / Making Games: The Beginnings Of A Card Game

Making Games: The Beginnings Of A Card Game

Making Games is a new column here at BG, one that focuses on exactly how games are made. That’s lucky, seeing as how I’m making numerous games while I finish my post-graduate program in Game Design. To start this column off, I’m going to be taking you on a journey through the creation of a tabletop game I need to make. It’s not supposed to have anything digital in it (ie cards, boards, playing pieces only), and playing time can’t last more than 2 hours. Pretty loose limitations, right? 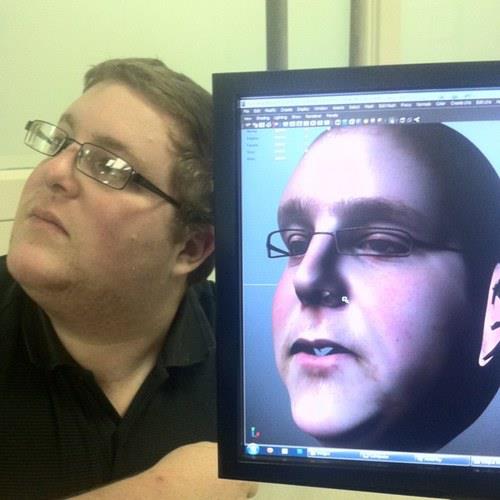 I decided to make a card game, because as we know by now, I love card games and the BG crew know it all too well (they don’t stop reminding me how much they know it). Now, one of the things I find detrimental to most card games is the insanely long playtime. Don’t get me wrong, I personally love long card games, but being in a household where patience for “weird stuff” is at an all-time minimum, there needs to be a quick pace, simple rules, and recognizable elements. So it got me thinking, how can I encapsulate those three core ideas into a card game?

I’ve decided that my main goal is to bring the sense of speed and action found in intense sport moments (diving for the ball in soccer, overhand smashing a ball in tennis) and in action movies (kung fu fights with counters, counter-counters; fight club-style brawling – sorry for talking about fight club) to a card game medium. Games exist that bring this sentiment to the forefront (to a degree) – the Dragon Ball Z card games, Wizard101 battles (really think on the interaction…especially if people dont take forever to take their turn), even a classic game like War. The action is immediate, and thus the interaction and reaction becomes immediate.

In classic TCG games (think Pokemon, Magic: The Gathering, Yugioh, etc), each player has a turn, and each turn can last a fair while as the game progresses. Each side slowly (and sometimes not so slowly) builds up their army of dudes, or array of spells, and chips away at the 20 life, or 2000 life points, or 6 prize cards. While these games do include a tremendous amount of strategy (and thus why I love them so much), my goal is to create something that, in my mind, is the antithesis of what these games are. I want something that is quick, not calculated. But I want strategy too, strategy that comes from simple decisions that have complex consequences. It’s a tall order, I know.

So what’s the solution? Well, the main idea I have is that each player’s “turn” is actually an interaction between both players. If it’s my turn, I initiate the back-and-forth, and both players respond in kind until they choose not to respond (for the sake of holding back a good card), or until they can’t (from a lack of cards). Then both players redraw to the starting hand size, and the other player initiates. We see this kind of interaction in a game like War. Both players are playing at the same time in War, and while that kind of pacing is what I’m looking for, I want there to be time for each player to make an informed, calculated decision.

The problem with War-like games is that any in-game strategy is based entirely on chance, ie what cards you get. There is deckbuilding (I’m hoping to make this in a Trading Card Game style, not Collectible Card Game), but deckbuilding in these types of games occurs outside of the game. While that in itself adds strategy in terms of what cards you put into your deck, the strategy element lies mostly outside of the game. In-game strategy for something that, conceptually, I want to be faster paced than something like MTG means that likely the amount of strategic occurences are going to be fewer. I don’t want it to be a deckbuilding game (like Dominion, the second Penny Arcade Card Game, etc); rather, I’m looking to amp up the choices and variables that affect gameplay during these “tradeoff” sessions.

My first thoughts about this turn to unique character cards (think the Penny Arcade Card Game, or even Commander cards in MTG) that add an ability or affect gameplay. These add strategy outside the game in terms of card choice, but in-game the strategy begins to develop by way of choosing when to use the ability/how the ability affects gameplay. This kind of thing can be a lot of fun to design with, as I can add really off-the-cuff changes to the gameplay. Something really broken like -1 hand size, but you can draw cards in the middle of a fight if you want.

One of my biggest concerns, even at the conceptual stage, is abuse of play. I didn’t want players just wantonly firing away attacks until they couldn’t anymore, and then repeating the process until it became a matter of efficiency; I also don’t want them turtling by blocking attacks over and over, never attacking, keeping the game lasting far longer than it was supposed to. So I’m left with trying to find a way to incentivize both types of play in different situations, essentially defining where the strategy really is.

And so I end up here, with a lot of ideas and a lot of primordial concepts swirling together into something not-quite-coherent. In order to solidify my concept, I need to prototype a few times and see where it takes me.

The core concept of the game sore far is this:

As you can see, I’m toying with the idea of it being somewhat fighting-based. It’s weird though: as I re-read that list, I’m realizing it’s all very complex, play order might take awhile, and there’s nothing recognizable to someone who isn’t a huge tabletop nerd (like me). So far I’m 0 for 3 on my core goals (quick, simple, recognizable).

Back to the drawing board I suppose, though there is the gleam of something here. I’ll check in next week, and we’ll see where it all stands.

From the frigid wasteland of Canada, Dan has been writing since the early years, when a blank piece of parchment meant a whole world was waiting for him to discover it at the tip of his quill. Then he grew up and realized he could never be like Harry Potter, so he turned to video games instead. He's now a fledgling Game Designer, working hard to make his mark on the industry. In his off-hours, he likes to scorn people who like long walks on the beach. Too much sand.
Previous Kids as Creators: Cassie Creighton And Her Father At TedxToronto
Next Harbinger Wars to shake the Valiant U in April 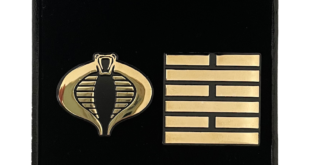 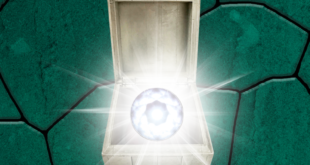