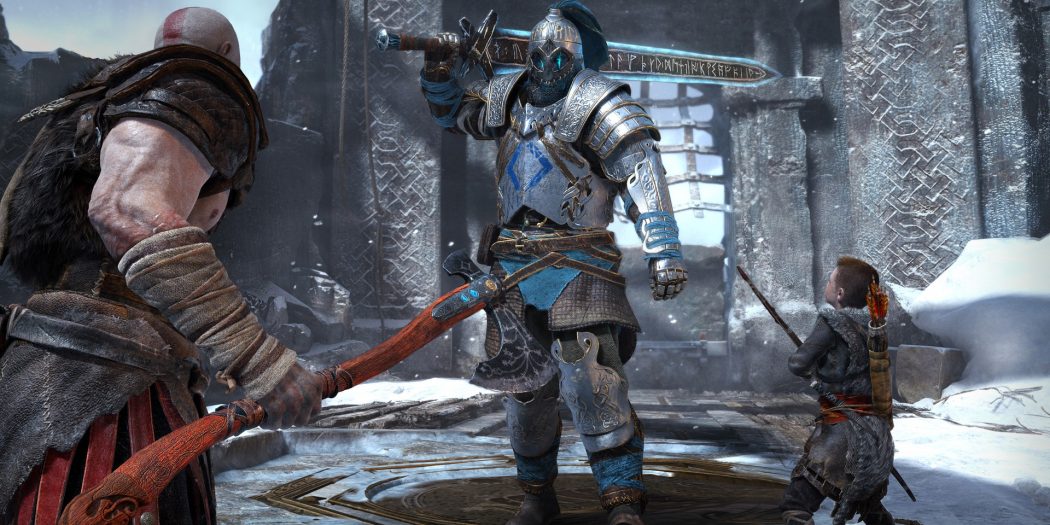 There was little in April that could even come close to God of War. The reinvention of Kratos, the introduction of the Norse pantheon, and the all around excellent design and gameplay was a package that we all voted for… well, almost all of us.

Is there anything that God of War didn’t do right? Honestly, the answer to that is probably no, not to any great extent anyway. Some had issues with the trolls, and some the witches, but if a few annoying enemies are all you can muster when you’re talking about negative points for a game, that’s pretty damn good.

God of War took Kratos and gave him a family again. Not that it filled in too many of the blanks about what happened between GoW3 and this new game. Nevertheless though, here we find that Kratos has lost his new wife (where’s the luck?) and has only his son Atreus at his side. Their mission is to bring her ashes to the top of the highest mountain in Midgard, but you best believe things are going to get messy. Gods, monsters, and a dozen twists and turns stand between them and their goal. And that’s not even mentioning the father and son bonding time.

Is it an instant classic? Maybe. But it’s out definitely one of the best games of 2018, and our Game of the Month for April.

From our review:
God of War is a masterpiece. The game perfectly melds heartwarming and wrenching scenarios to make a touching journey between father and son feel real. The narrative and gameplay elements are balanced so well that I cannot come up with a criticism. You must play this game.
Our score: 96%

And then there’s this guy

Like I mentioned, we all voted God of War for GotM this past month. All of us, that is, except one of our editors that shall remain nameless. Was it sour grapes? Does this mystery ed hate on the PS4? Eh, not too likely. Maybe he just despises the formerly-one-noted “hero” that Kratos was? Could be, but it’s probably just that his sense of humor is a little… off.

In any event, that one vote went towards a game that we’ve not covered in any way whatsoever here at BG. That being Super Daryl Deluxe. So I’ll just leave the trailer here for you to have a peek at.

Jason's been knee deep in videogames since he was but a lad. Cutting his teeth on the pixely glory that was the Atari 2600, he's been hack'n'slashing and shoot'em'uping ever since. Mainly an FPS and action guy, Jason enjoys the occasional well crafted title from every genre.
@jason_tas
Previous No delays – DC’s Doomsday Clock #5 will hit stores this month after all
Next Battle Chasers: Nightwar hits the Switch today