You have a mortgage, car payment and mouths to feed. It’s either water and heating or that new console. You’ve just entered the adult zone. 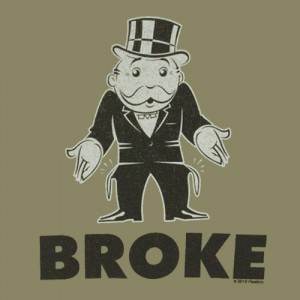 What I seriously think is missing in today’s educational system is what being a head of household is really like. I remember watching an episode of Roseanne where she took Darlene’s home-ec class to the grocery store to teach them the difference between the budgeting they are taught and real life budgeting. On my Facebook feed I saw “High School Sex-Ed classes need to be taught by a woman 2 weeks past her due date.” There needs to be something about surviving the holidays with a house full of gamers on a budget of $100.

Everyone is kicking up their marketing plans for their games, their new systems – and I don’t know why. Everyone knows that no matter what you released in the first three quarters of the year how much you sell in the last quarter of the year is really what anyone is going to care about or remember. It’s all about who “won” the holiday releases.

Pre-home ownership and several kids ago we were lucky enough to be able to place new consoles under the Christmas tree. The last system we got was a 360 Kinect Elite and we didn’t eat for like a month after that. The earlier systems were for “the family” but let’s be clear: it was for us. But looking at these new systems and thought of the justification of the purchase just…isn’t there. Maybe it’s because we did our bucket list of sitting outside of stores for midnight sales. Maybe it’s because we have so many older, still in use systems that the thought of another one that really doesn’t offer much to us other than a drain on the bank account just doesn’t do it for us. We’ve just been welcomed to the lame and boring “adult zone.” Our teenager is hearing less-than-stellar things about the Xbox One and while usually we welcome an open debate about gaming consoles and their virtues, that ain’t happening this year. Ain’t nobody got cash like that in this house.

So it falls to the games. It’s just not Christmas if you don’t unwrap that kick-ass, sought after game. The battle comes down to the “gotta have it the night of the release”, the “put it on your list to Santa,” and the “order your games from most favorite to least favorite vertically.” We used to be of the midnight mindset but when Christmas rolled around, the AAA games would have already been played. So instead of opening a new game that morning and playing it all day we’d…continue playing or replay the game we got two months earlier. That wasn’t fun so we’d move to Santa’s list but not only would we go broke buying multiple best-deal bundles, the games actually didn’t get played and we had multiple titles sitting around. Right now we currently stand at the vertical list and based on sales one or two games makes it under the tree. Maybe not as exciting but really, in the end, the only winners were the companies that made the profits. That didn’t seem too balanced in my book.

We’re Generation Xers and we’re in love with games just as much as our offspring. We understand the importance of getting that everyone-has-it-but-me title under the tree. What’s happening, though, is that people aren’t having to wait to get it under the tree. I just this week I saw posts from my neighbors. One took her 14-year old son to Game Stop for the midnight release of COD Ghosts and the other only bought one version of the game (she usually buys one for each kid since they each have their own systems). What was interesting was that when I mentioned the midnight release situation to my teen, he shrugged it off – he wasn’t interested in the game. The other family? Her son didn’t like the game at all. 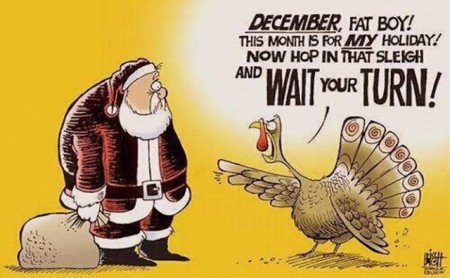 Remember when there was the unspoken rule of not putting up Thanksgiving stuff before Halloween or even red and green before Thanksgiving? It was a rush to be the first. Now it’s up before Halloween. This isn’t the answer to a crappy economy – starting earlier and earlier. That’s not going to put me in the mood to holiday shop. It’s just going to make me angrier and more bitter and in reality, more apathetic to the marketing, especially when it kicks up after Thanksgiving. I have friends that are actually done their holiday shopping. They were done before Halloween. For me, I like to suck it up and go to jam-packed malls that are decked out in holiday finery and actually purchase items from the list my kids created after Thanksgiving. But when I walk past Game Stop or Best Buy (or into, if my husband has anything to do with it) during the holiday season, the marketing just isn’t going to change my mind. It’s white noise. The kids know what they want based on what their friends want. If you’re lucky, your kids will team up and ask for one game and your kid ask for another and they’ll play them together. If these marketers would stop this massive holiday pissing contest they’d realize that people get money for the holidays and what you work for is a kick-butt release in JANUARY when it’s gross and cold and snowy outside. I never understood why people can’t put two and two together. Just think of all the money that can be had. Right now I’m thinking marketers for games are single, childless people that prefer to keep company with cigarettes and dark corners rather than be actual people, much less gamers.

It’s the most wonderful time of year, right?

I was raised in a predominantly male, dry humor & quick wit gaming-centric family. I am keeping the tradition going in my predominately male household full of gamers (3 of which are under the age of 16). Between cooking, cleaning & laundry & my constant run of doing things for free, my current game time is limited to after 9p and mobile & hand-held gaming devices. Come join in the conversation online!
Previous Intel donates $20k in PCs for Operation Supply Drop
Next New Contrast screens slip out of the shadows 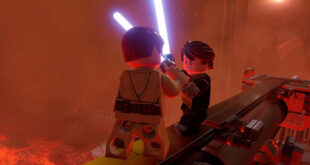 Coming Up: The games of March 2022 include Gran Turismo, WWE, and more

March of 2022 rolls in with a series of pretty big games, including Kirby and …