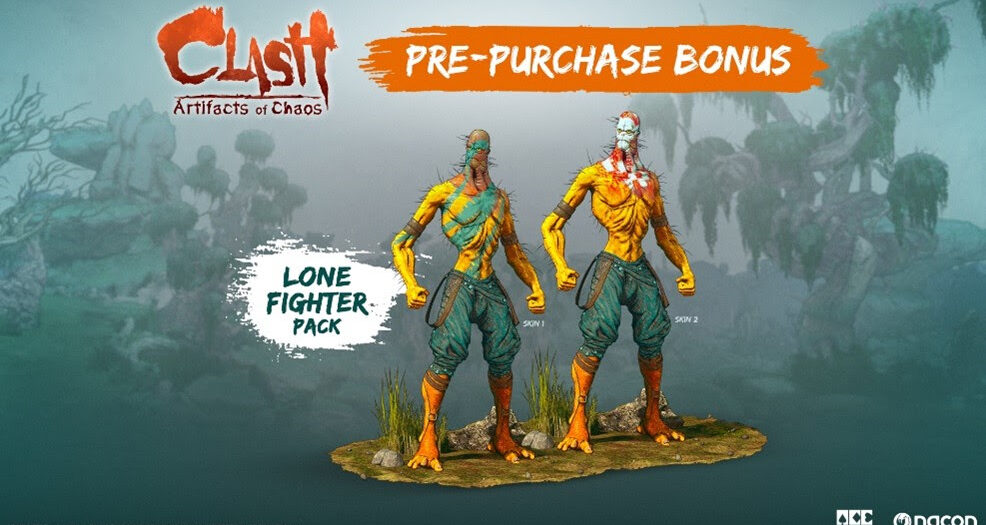 Trailer: Pre-orders kick off for alien-battler Clash: Artifacts of Chaos

It’s almost time for the Clash. The alien world of Zenozoik is about to erupt, as warring tribes battle for freedom in Clash: Artifacts of Chaos.

The world of Zenozoik, where the action of Clash: Artifacts of Chaos takes place, is home to various clans. The Corwids are one such clan. These beings live on the fringes of society and are driven by an insatiable need for freedom. This “freedom” manifests as a form of eccentricity, which makes them extremely dangerous. Axylon is the perfect example: both arrogant and disturbed by his obsessive behaviour, this Corwid is a formidable foe.

The hero of our adventure, Pseudo, must confront this adversary because Axylon has one of the Great Artifacts in his possession. In his quest to protect The Boy from the tyrant Gemini, Pseudo must obtain these Great Artifacts. Although Axylon initially seems inclined to stake his Artifact in the Ritual – an ancient tradition based on a game of dice – the situation rapidly turns nasty. Axylon sabotages the game, leaving Pseudo with no other option: he will have to resort to violence to seize the Artifact!

Clash: Artifacts of Chaos is set to be delivered in two flavors, with standard and ZENO EDITION. The latter will beef up the mainline release with “the Supporter Pack with exclusive skins, the official digital artbook and the game’s original soundtrack”.

Both will be available not only via PC, but also on Xbox and PlayStation platforms. Pre-orders are live right now, and you can look for the full launch on March 9th, 2023.

Jason's been knee deep in videogames since he was but a lad. Cutting his teeth on the pixely glory that was the Atari 2600, he's been hack'n'slashing and shoot'em'uping ever since. Mainly an FPS and action guy, Jason enjoys the occasional well crafted title from every genre.
@jason_tas
Previous Batman defeats the icy grip of Freeze with Hot Toys’ new XE Suit
Next TMNT: The Last Ronin’s timeline expands with The Lost Years