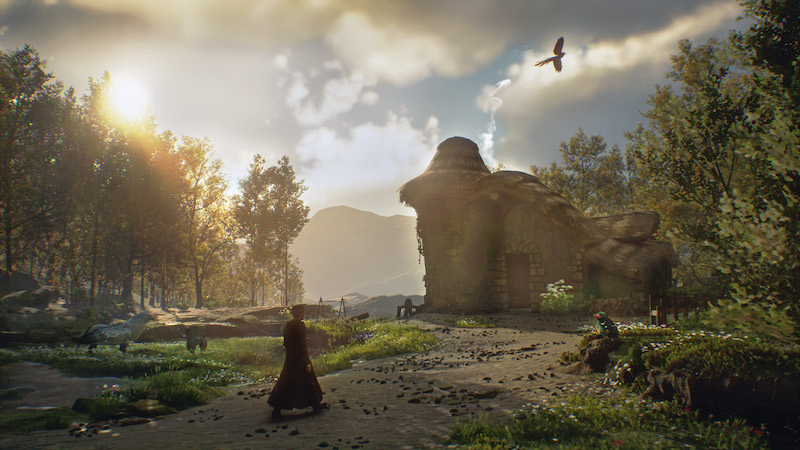 Will you accept the invitation? That’s the question in the latest look at Hogwarts Legacy, the Harry Potter adventure coming from Warner Bros.

There are few games there in 2023 that are getting the attention that Hogwarts Legacy is. Part of that is the now-polarizing creator of the property itself, though it seems that the fans who are dying to actually play the game are the bigger driver.

Hogwarts Legacy has racked up an impressive amount of pre-sales, with some gaudy PC numbers coming out of Steam. According to Valve, the gaming platform has seen the title explode in terms of pre-orders, jumping 15 spots to #8 on the charts, here in the first days of 2023.

So yeah, there’s quite a bit of interest already, and this new look at the game’s rendition of Hogwarts and the wizarding world is likely to drive that just a lil’ bit more.

Taking fans back to the 1800s version of the school of wizardry and witchcraft, HL looks pretty incredible. Just be aware, this is just a cinematic look at the game, so it isn’t gameplay. Still, if the oft-delayed title lives up to the animated look, it’s going to be quite a hit.

The cinematic follows an owl carrying the coveted invitation as it soars across the castle rooftops and over the heads of students in The Great Hall, providing an overhead view of some of the iconic Hogwarts locations that players will be able to explore. As the owl glides through the castle, fans will recognize some familiar names and faces, including Nearly Headless Nick and Professor Weasley. The owl’s journey also highlights some of the hidden dangers that players will face, as it narrowly avoids a horde of giant spiders in the Forbidden Forest, a deadly blast of Avada Kedavra from a masked wizard and a dragon’s fiery breath.

Along with the new look at the game in action, Warners has also announced a series of contests. Those will come every Wednesday up to release, with a total of 4 chances to win.

Wizarding Wednesdays will grant would-be players the ability to ” win exclusive Wizarding World prizes, including a chance to win a Universal Parks & Resorts vacation at either Hollywood or Orlando to experience the magic of The Wizarding World of Harry PotterTM”.

Wanna find out how you can enter and take home some magic of your own? Click here for the official page with all the info.

Jason's been knee deep in videogames since he was but a lad. Cutting his teeth on the pixely glory that was the Atari 2600, he's been hack'n'slashing and shoot'em'uping ever since. Mainly an FPS and action guy, Jason enjoys the occasional well crafted title from every genre.
@jason_tas
Previous Trailer: Hold the line with the British forces in the new look at Company of Heroes 3
Next Trailer: Slice and dice next month in action-strategy roguelike Corpse Keeper