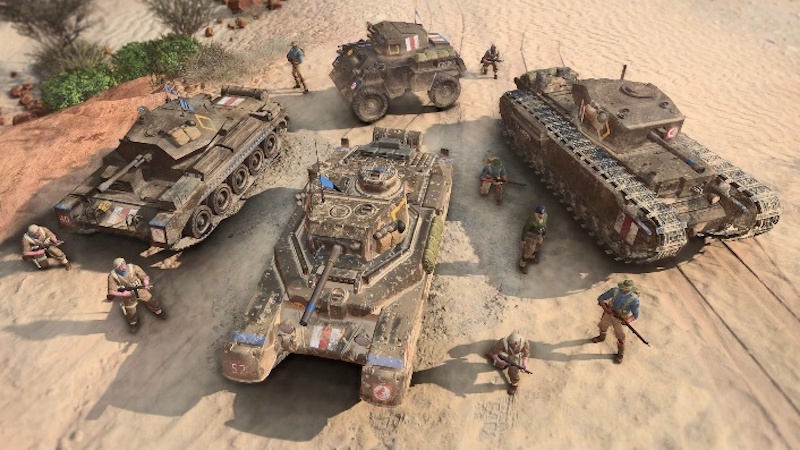 Home / News / Trailer: Hold the line with the British forces in the new look at Company of Heroes 3

Trailer: Hold the line with the British forces in the new look at Company of Heroes 3

WWII rages and the forces of Britain and her Commonwealth allies battle to keep the forces of the Axis at bay in this look at Company of Heroes 3.

For king and country

Where the British command the most strength is their versatility in almost any combat scenario. With resilience (and a bit of stubbornness), their Pack Howitzer cannons, 4.2 Heavy Mortar cannons, and 6-Pounder Anti-Tank Gun can hold off the Germans in droves. An assortment of vehicles, like the Dingo Scout Car and the Humber armored car, can slice through through enemy lines in the opening stages of combat.

Company of Heroes 3 is inbound for a February 23rd launch on the PC, with console editions coming up later this year.

Jason's been knee deep in videogames since he was but a lad. Cutting his teeth on the pixely glory that was the Atari 2600, he's been hack'n'slashing and shoot'em'uping ever since. Mainly an FPS and action guy, Jason enjoys the occasional well crafted title from every genre.
@jason_tas
Previous Trailer: A park-builder with a villain? Meet your rival in Park Beyond
Next Get a peek at the famed school and more in the newest look at Hogwarts Legacy