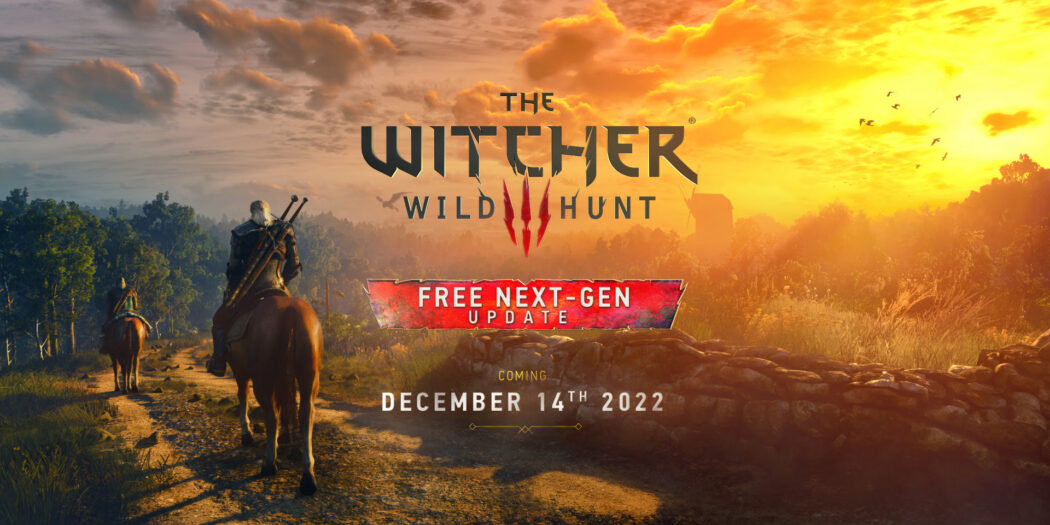 What just might be one of the greatest action RPGs of all time gets a next-gen overhaul, and brings the game back to consoles and PC in style.

How long has it been since The Witcher 3: The Wild Hunt was released? Well, it might be hard to believe, but CD Projekt Red’s masterpiece was first unleashed upon the world in 2015. Yep, a decidedly-eventful 8 long years ago.

When the title first dropped, it was immediately met with a good deal of fanfare. Both critics and fans ate it up, heaping acclaim on the title for its fantastic gameplay, deep and complex story, and awesome delivery.

Of course, that was then. And since it launched, The Witcher 3 has been the recipient of some major expansions, a semi-miraculous Switch edition, and now a full updating. Just released last month, the game’s ‘next-gen’ update boosted the game’s looks and brought it back for the modern Xbox and PlayStation consoles, as well as the PC.

And while I unfortunately can’t compare this new version to the original, I can tell you it’s really, really good.

A world of high adventure

If you’re a Witcher fan, then you’re probably going to want to skip this section. That’s because I’m a complete neophyte when it comes to writer Andrej Sapkowski’s Geralt of Rivea and the world that he inhabits. So my retelling of his adventures, and set up of the Northern Kingdoms might be somewhat lacking in nuance.

I haven’t played any of Assassins of Kings (the second game in the series), and have only limited experience with the original. And as for the books and TV show, well I haven’t read or seen any of them. But be that as it may, the world of The Witcher has always intrigued me, so I was particularly happy to get to dig in.

Still with me? Okay, I’ll just assume you’re in the same boat I am then, and do some filling in. Witchers, for lack of a better term, are bounty-hunters that slay monsters. Of course it’s a lot deeper than that, with Witchers being highly-skilled and trained warriors, who’ve received special mutations that gift them with abilities that standard humans don’t have.

Main character Geralt is one of those, and when The Witcher 3 opens, we find him on the hunt for his lover Yennifer. Yenn is no damsel in distress though, and is a powerful sorceress who we quickly learn is in league with an invading army. When Geralt and his companion, an elder Witcher, catch up to her the story really starts, kicking into high gear with the return of his ward Ciri, who’s being hunted by a relentless group of supernatural killers called… The Wild Hunt.

The story is excellent, and filled with great characters and well-realized plot lines. All of it takes place against a high-fantasy world that has seen better days, with war and strife encroaching from all angles.

The Complete Edition, which we’re talking about here, also includes both the Hearts of Stone and Blood & Wine expansion packs. I haven’t even touched either of those yet, as I’m still plenty lost in the base game’s quests.

With all of that content though, plus an additional 16 pieces of “extra content” (including stuff based on the Netflix show), there’s an ungodly amount of stuff to see and do in this game.

There’s a lot going on in The Witcher 3, and that extends to the controls. But whereas I’ve gotten a little lost at times in some games that offer a glut of options, that’s not the case here. Part of that comes with the next-gen revamp, as CD Projekt Red added in a new mechanic for casting “signs”.

While Witchers aren’t mages, they do have access to a limited selection of simple spells. These are called signs, and the game assigns them to what’s basically a weapon-wheel kind of thing. Players can simply call up the menu, which slows time in the game, pick a spell, and equip it. It’s easy and as un-cumbersome as it gets.

Geralt is also loaded up with both a standard and silver sword, each of which has its use. The silver is strictly for monsters, while the more average blade is for everything else. Drawing each is as simple as a press on the d-pad. Not that there aren’t other weapons in the game though, as you’ll have the opportunity to use additional hardware, armor, and items.

As far as other improvements, CD Projekt Red has also tweaked the map, and made some user interface overhauls. Exactly what those are, I’m not sure though. Again, I haven’t played the previous version of the game.

But even though I haven’t played the last-gen edition of The Wild Hunt, I can definitely tell you that this one looks as ‘current’ as anything else out there. The Witcher 3 got acclaim for its looks before, but man if it isn’t a beautiful game now too.

The newt-gen edition beefs up the already great looks quite a bit, with ray tracing across all versions. The PC edition does go one step further though, with real-time RT, as well as DLSS support. PS5 and Xbox Series X|S versions won’t be too bad off though, since both have AMD FidelityFX Super Resolution, as well as faster load times.

So basically, if you thought The Witcher 3 looked great already, it looks even better now. And if you haven’t played it on last generation’s hardware, you’ll probably think it looks pretty great even without the comparison.

Along with that too, is some stellar sound in just about every way. The game not only has a beautiful selection of music, but the vocal work from the cast is top shelf. And I should mention that there is a great script backing it up. That doesn’t hurt.

It’s hard to say if The Witcher 3: The Wild Hunt – Complete Edition is worth playing for those who’ve already indulged in the original release. Yes, it should look better than ever before, but it’s essentially the same game, even with the additional content. And if you’ve poured dozens of hours into it already, it’s probably not worth replaying if you’re doing so just for the graphical bump.

On the other hand, if you haven’t played The Witcher 3 in any form, as I hadn’t, then it’s more than worth your time. The game is a legitimate gem, and one of the best action RPG’s I’ve ever had the pleasure of playing. Speaking of, it’s also massive, so “playing” this game is something that I’ll be doing for a good long time.

If you haven't played The Witcher 3 in any form, this is the copy to get. While some of the improvements will be coming to (or are out for) last-gen consoles, the current generation or the PC version's Complete Edition is far and away the route to go. It's got all the great content that the original had, with all of the DLC and some new additions, plus it's just absolutely incredible looking. Go get lost in it.

Jason's been knee deep in videogames since he was but a lad. Cutting his teeth on the pixely glory that was the Atari 2600, he's been hack'n'slashing and shoot'em'uping ever since. Mainly an FPS and action guy, Jason enjoys the occasional well crafted title from every genre.
@jason_tas
Previous Trailer: Build new worlds and blow them away in Gunscape
Next Teslagrad 2 to join Steam NextFest next month