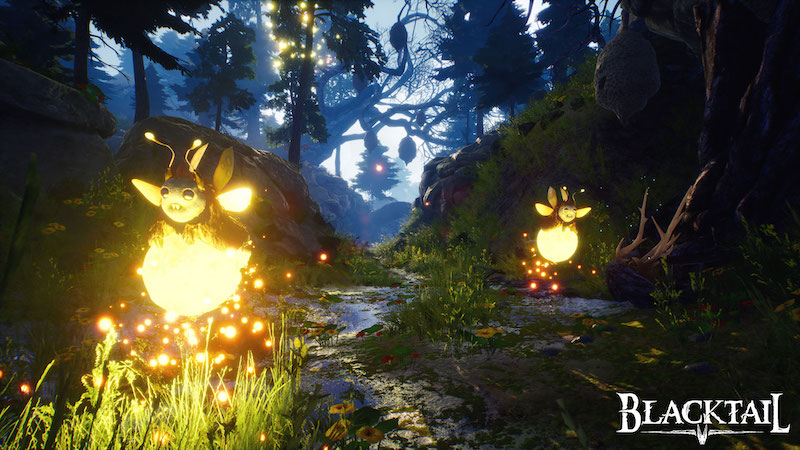 We first told you about the intriguing Blacktail not long ago, but the magic-infused, first-person action/adventure is about to land on consoles and PC.

You play as Yaga, a 16-year-old girl accused of witchcraft and expelled from her medieval settlement following the mysterious disappearance of her twin sister and life-long protector Zora. When living memories of your past return as foul, walking spirits, you are left with no other option than to hunt them down in hopes of unraveling your own mystery. Track them down with your trusty bow, crafting arrows and potions while gathering materials to survive in the ominous woods. Engage in thrilling fights against mighty bosses as you unearth hidden treasures and collect lost recipes to improve your abilities and shape your play style.

Blacktail features a mix of combat and magic-casting, with a heavy-emphasis on story. A big part of that is the choice between good and evil. The game’s morality system will allow players to be either the heroic protector of the woods, or the wicked witch that Yaga is often portrayed as in folklore.

Make the choice when Blacktail arrives on Xbox Series X|S, PS5, and PC this month, on December 15th.

Jason's been knee deep in videogames since he was but a lad. Cutting his teeth on the pixely glory that was the Atari 2600, he's been hack'n'slashing and shoot'em'uping ever since. Mainly an FPS and action guy, Jason enjoys the occasional well crafted title from every genre.
@jason_tas
Previous Marvel has more MCU variant covers on the horizon
Next Here’s a taste of what’s on the way for Ghostbusters: Spirits Unleashed in 2023