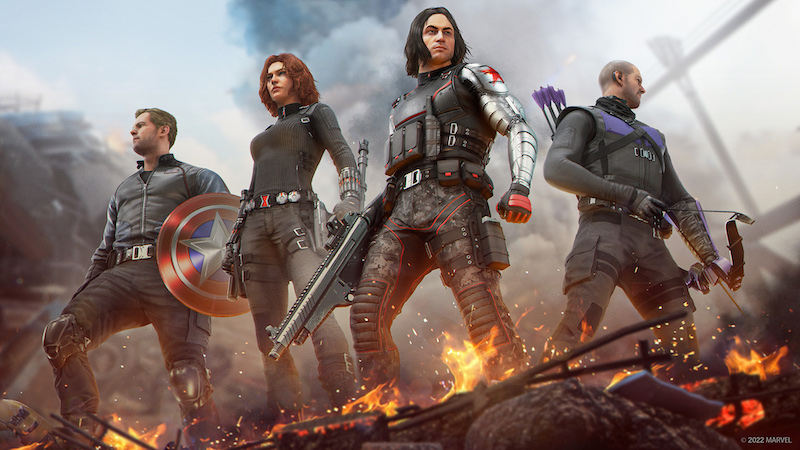 The Winter Soldier has finally arrived for Marvel’s Avengers, from Crystal Dynamics. He hits along with an update that brings a new 4 player mission.

Today’s update includes new gear and increases the maximum power level achievable in the game to 185, adding to a game already packed with content, and continues the game’s story through the ongoing Avengers Initiative. Marvel’s Avengers now offers several campaigns, 11 playable heroes (12 on PlayStation platforms), and endless multiplayer co-op action for up to four players.

The Cloning Labs and The Winter Soldier are both included in the just-released update 2.7 for Marvel’s Avengers. It should be out now for addition to the base game on all platforms.

Jason's been knee deep in videogames since he was but a lad. Cutting his teeth on the pixely glory that was the Atari 2600, he's been hack'n'slashing and shoot'em'uping ever since. Mainly an FPS and action guy, Jason enjoys the occasional well crafted title from every genre.
@jason_tas
Previous New dinos and a new location are coming to Jurassic World Evolution 2
Next Nintendo Download: SaGa, Ooh-la-la