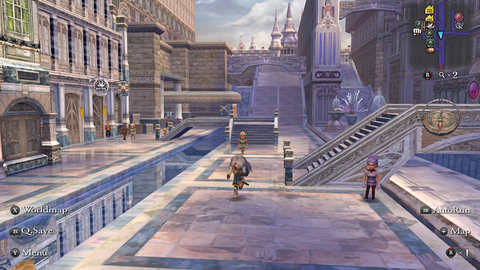 Ooh-la-la? Yes “ooh-la-la”. It kinda rhymes with “Romancing SaGa”, which hits Switch this week along with Incryption and a few more notables.

Romancing SaGa does indeed hit the Switch this week, in HD remastered form. So if you’re a JRPG fan and haven’t played this little gem, it’s probably worth checking out. It you’re not though, there are still other games to take a peek at this week.

Those titles include the lauded Inscryption, from Devolver Digital. A title that somehow brings together deckbuilding, roguelikes, and escape rooms, Inscryption has gotten acclaim from both players and critics alike, and it not available on Nintendo’s platform.

On top of both of those headliners, there’s also arcade fighter The Rumble Fish 2, and a huge list of Indies and smaller launches. Check ’em all out below.

*** Full version of game required to use DLC for that game. Sold separately.

***** Gold Points are awarded based on the amount you pay (excluding tax and any points or discounts used) and have no cash value. A Nintendo Account is required to receive and redeem points. Terms apply. https://accounts.nintendo.com/term_point

Jason's been knee deep in videogames since he was but a lad. Cutting his teeth on the pixely glory that was the Atari 2600, he's been hack'n'slashing and shoot'em'uping ever since. Mainly an FPS and action guy, Jason enjoys the occasional well crafted title from every genre.
@jason_tas
Previous Trailer: Bucky arrives for Marvel’s Avengers with update 2.7
Next Trailer: Here’s your first look at Transformers: Rise of the Beasts