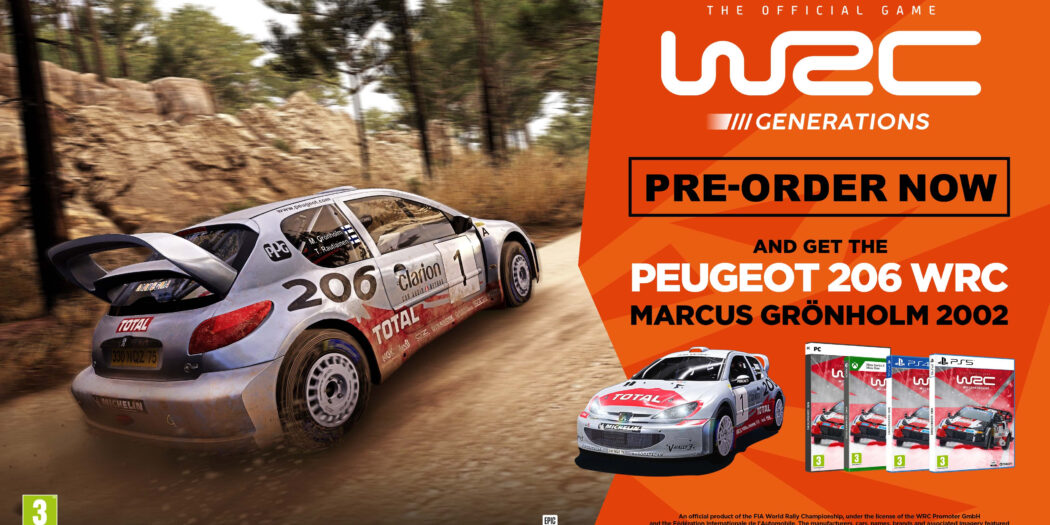 NACON and KT Racing’s latest racer is almost here, bringing rally to both consoles and PC once again. WRC Generations is up for pre-order now.

Now available for preorder and releasing on 3 November 2022 on PlayStation®4, PlayStation®5, Xbox One, Xbox Series, PC and later on Nintendo Switch™, WRC Generations celebrates the arrival of a new generation of hybrid cars and the new driving experience they offer. The new Leagues mode offers players the chance to compete against others of a similar level. WRC Generations is the most advanced title in the series and has the largest selection of cars, rallies and special stages ever included in a video game.

WRC Generations is the biggest WRC title yet, and includes a ton of content, no matter which edition you pick. The Fully Loaded version though, well it’s just got that much more. Those who buy into that premium edition will receive:

WRC Generations lands on Xbox and PlayStation platforms, as well as the PC, on November 3rd. A Switch version is coming as well, though at a later date.

Jason's been knee deep in videogames since he was but a lad. Cutting his teeth on the pixely glory that was the Atari 2600, he's been hack'n'slashing and shoot'em'uping ever since. Mainly an FPS and action guy, Jason enjoys the occasional well crafted title from every genre.
@jason_tas
Previous The frozen north of Assassin’s Creed Valhalla explored in new Dark Horse book
Next Here’s a detailed look at Hot Toys’