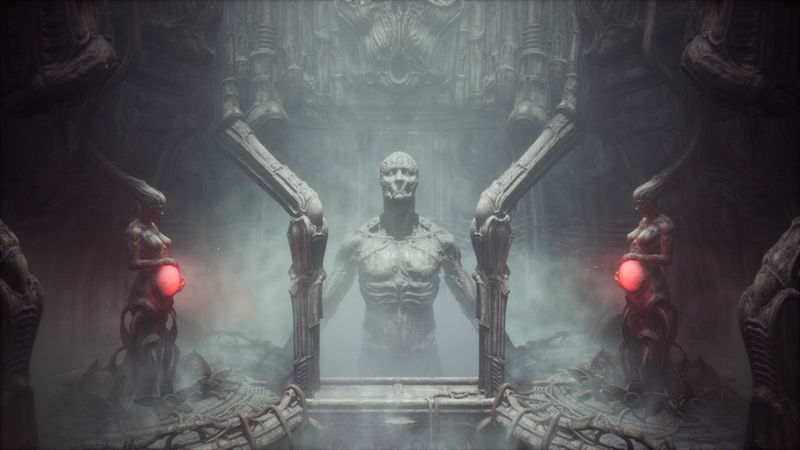 The horrifying vision of Ebb Software’s strange, alien world will be officially arriving a week in advance. Check out the latest look at Scorn.

Scorned ahead of schedule

Scorn takes players into an isolated, strange, dream-like world. Left unguided to fend for themselves, players must explore Scorn’s interconnected bio-labyrinth, learning its rules and mastering grotesque puzzles along the way as they come to understand their own predicament

By uncovering secrets and gathering the strange bio-mechanical tools that seem to have been used by the civilization that previously called this world home, surviving might just be possible. Finding the truth, however, is an entirely different question.

Bumped from the 21st to October 14th, Scorn is set to arrive for the Xbox Series X|S and PC (via Steam, Epic, and GOG). It’s also a part of Game Pass, and will be a day one release for Microsoft’s subscription service.

Jason's been knee deep in videogames since he was but a lad. Cutting his teeth on the pixely glory that was the Atari 2600, he's been hack'n'slashing and shoot'em'uping ever since. Mainly an FPS and action guy, Jason enjoys the occasional well crafted title from every genre.
@jason_tas
Previous Trailer: Homicidal All-Stars brings dystopian turn-based action to Steam Next Fest
Next This month marks Fallout’s 25th, and it’s packed with post-apocalyptic happenings