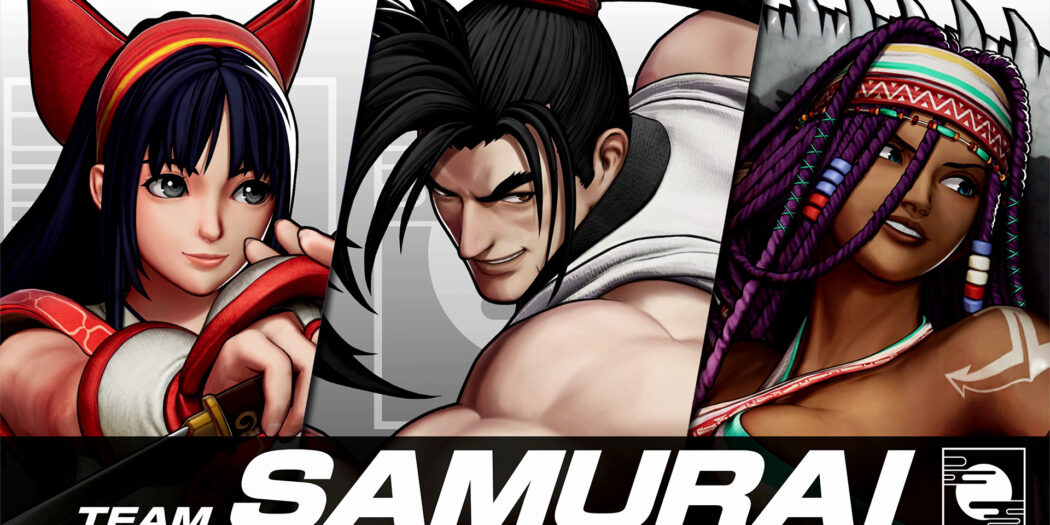 Home / News / Trailer: The Samurai Showdown team is slicing into KOFXV next week

It’s almost time to see a clash of champions in King of Fighters XV, as Team Samurai arrives to take care of a little brutal business in the fighter.

Haohmaru is a traveling swordsman determined to master the way of the sword. He is a bold and free-spirited fighter who hates cowardice, and travels from country to country, sake in hand, in search of a match with anyone who can put up a real fight. In order to help his friend Nakoruru, and to fight with new and formidable opponents, he travels far beyond time and space and lands on the KOF stage. (Voice actor: Daiki Nakamura)

A Kamuy warrior with the mystical ability to communicate with the great outdoors, Nakoruru devoted herself to protecting nature and became a spirit of the earth. She returns to the present day with Haohmaru and Darli in order to prevent the full resurrection of Verse and to exorcise the evil spirit that lurks within. (Voice actress: Mai Nakahara)

Darli Dagger is a shipwright who runs a workshop on an island. In addition to her own monstrous strength, she fights using the technical skills she inherited from being a carpenter and the self-defense wisdom she learned from pirates. She sets out together with Haohmaru in helping Nakoruru with her mission. More exciting than seeing the latest developments in ship building, Darli readies her blade for some intense battles that await! (Voice actress: Yu Kobayashi)

The Team Samurai pack arrives on October 4th for all versions of King of Fighters XV. It’s just a part of the eventual roster that will include a massive 54 playable characters.

Jason's been knee deep in videogames since he was but a lad. Cutting his teeth on the pixely glory that was the Atari 2600, he's been hack'n'slashing and shoot'em'uping ever since. Mainly an FPS and action guy, Jason enjoys the occasional well crafted title from every genre.
@jason_tas
Previous The 15 year history of Assassin’s Creed comes to life in Dark Horse’s latest reveal
Next NYCC 22: Warner Bros announces actors and filmmakers appearing at DC, Aqua Teen, Mortal Kombat panels