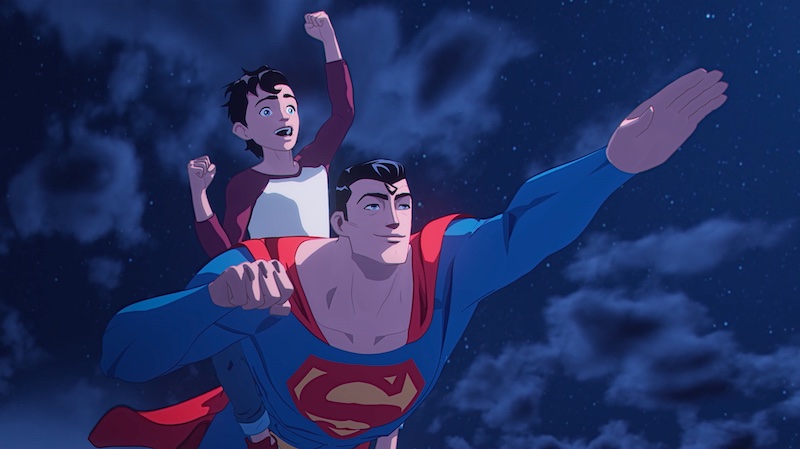 Warner Bros has taken the wraps off the actor and filmmaker lists for its NYCC panel slate. If you’re heading to the Con, you’re gonna want to check it out.

We told you all about what Warner Bros had on tap for the big NYCC return a few weeks ago. This time though, the entertainment giant has revealed just who will be appearing at its collection of scheduled panels.

If you’re a big DC fan, or into Mortal Kombat’s animated films, or a follower of the Adult Swim classic that is Aqua Teen, you’re definitely going to want to see who’ll be showing.

All of the4 panels will have fresh footage from their respective subjects according to Warners, and a lot more. Attendees can expect to see the men and women behind the films discuss them, and hear from the voice actors as well.

Scroll down of the full the just-announced talent, plus times and days.

On Thursday, October 6, WBHE will host the World Premiere of Aqua Teen Forever: Plantasm at 8:30pm on Main Stage of NYCC. In addition to the screening, the event will lead off with a panel discussion amongst filmmakers and cast, including Carey Means and Dana Snyder, who voice Frylock and Master Shake, respectively, and series co-creators and the film’s directors/writers Dave Willis (who also voices Meatwad) and Matt Maiellaro.

Batman and Superman: Battle of the Super Sons
October 7th|3:30pm on the Main Stage

And on Saturday, October 8, actors Ron Yuan (voice of Kuai Liang/Sub-Zero) and Courtenay Taylor (voice of Kira), producer/director Rick Morales and screenwriter Jeremy Adams will offer behind-the- scenes details and entertaining anecdotes about the making of Mortal Kombat Legends: Snow Blind on a panel at 3:30pm on Main Stage.

Also a quick reminder, as tickets still remain for the special screening of Mortal Kombat Legends: Snow Blind. Email [email protected] to get the application started, if you want to check the movie out. Yes, “application”. You can’t buy these tickets, and can only gain entry by emailing with the following as your message:

The body of all fan RSVP emails need only include the (1) name of the entrant, (2) valid email address, and (3) the number of tickets being requested (limit two per entry). Tickets to the event will be distributed on a “first come, first served” basis, and fans will be notified via email. Please note that Mortal Kombat Legends: Snow Blind is Rated R and anyone under 17 years of age must be accompanied by a parent or adult guardian.

Jason's been knee deep in videogames since he was but a lad. Cutting his teeth on the pixely glory that was the Atari 2600, he's been hack'n'slashing and shoot'em'uping ever since. Mainly an FPS and action guy, Jason enjoys the occasional well crafted title from every genre.
@jason_tas
Previous Trailer: The Samurai Showdown team is slicing into KOFXV next week
Next Captain Pike and crew to star in new IDW Star Trek comic