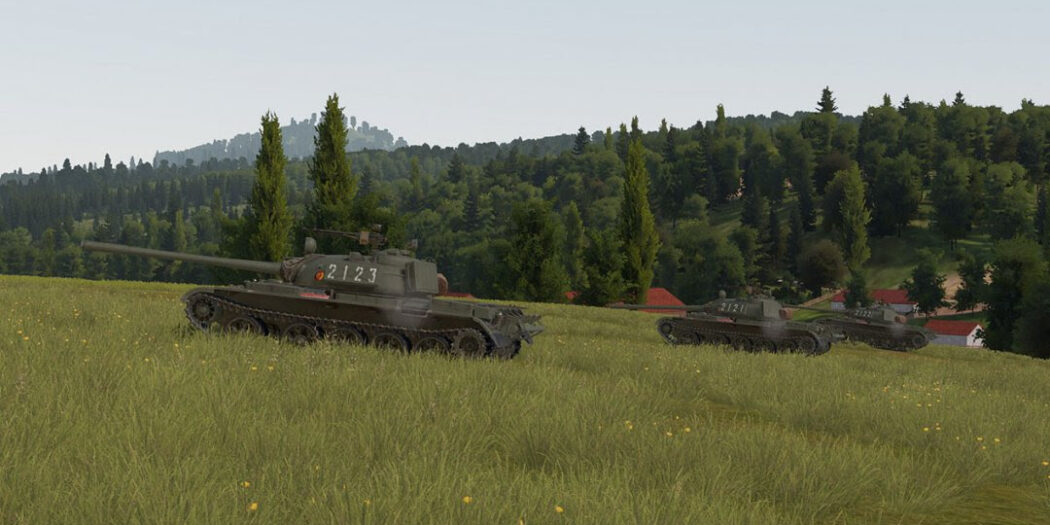 Saddle up. But uh, I don’t mean on a horse, as Gunner, HEAT, PC! is all about armored mounted combat, and it’s out now in Early Access for the PC.

GHPC will blend game and simulation in just the right amounts, providing awesome fire control and ballistics modeling behind deceptively simple controls. This core feature set serves as the foundation for a rich single player campaign mode, skirmish missions, and cooperative multiplayermodes: a satisfying option for every taste.

And since tanks weren’t built to fight alone, AI-controlled infantry and air support will round out the tactical environment and let armored units shine the way they were meant to.

We’re making a great tank game because that’s what we want to play.

Gunner, HEAT, PC! is out now in Early Access for the PC. The five man team at Radian Simulations has released a look at what you can expect as the game goes through further development too, in the form of a roadmap. You can check that out below.

Jason's been knee deep in videogames since he was but a lad. Cutting his teeth on the pixely glory that was the Atari 2600, he's been hack'n'slashing and shoot'em'uping ever since. Mainly an FPS and action guy, Jason enjoys the occasional well crafted title from every genre.
@jason_tas
Previous Night City Wire returns to announce a new Cyberpunk 2077 expansion
Next Trailer: Skate the City by the Bay with Session: Skate Sim’s San Francisco map