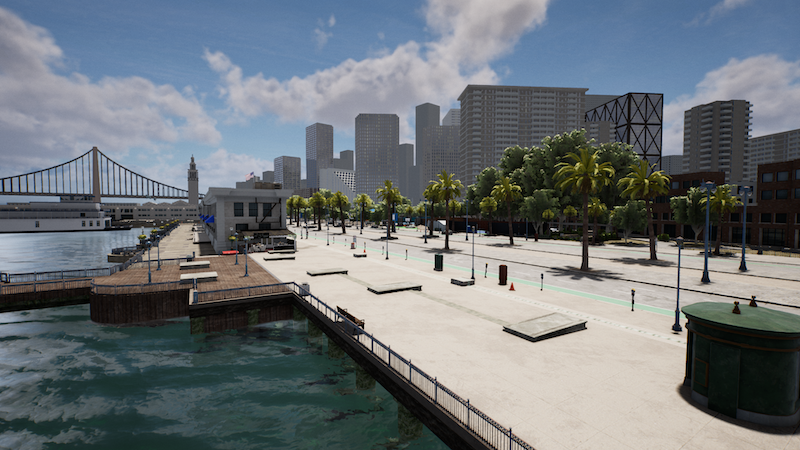 The City by the Bay is coming to Session: Skate Sim, as the skateboarding title will provide a pristine version of San Francisco for fans to play in.

The above look at the new San Francisco map debuted courtesy of publisher NACON’s showing at the recent Gamescom convention. As you can see, the old town is looking great, with both day and night skating available, and plenty of things to do.

If you’re dying to play too, you’re in luck. That’s because the map is out right now in Early Access form on the PC and Xbox. Though you don’t have long to wait for the final version either, as that’s set to debut right around the corner, on September 22nd.

Jason's been knee deep in videogames since he was but a lad. Cutting his teeth on the pixely glory that was the Atari 2600, he's been hack'n'slashing and shoot'em'uping ever since. Mainly an FPS and action guy, Jason enjoys the occasional well crafted title from every genre.
@jason_tas
Previous Trailer: Gunner, HEAT, PC! brings “approachable” tank combat to Early Access
Next McFarlane’s newest DC Comics wave is Flash-centric Speed Metal