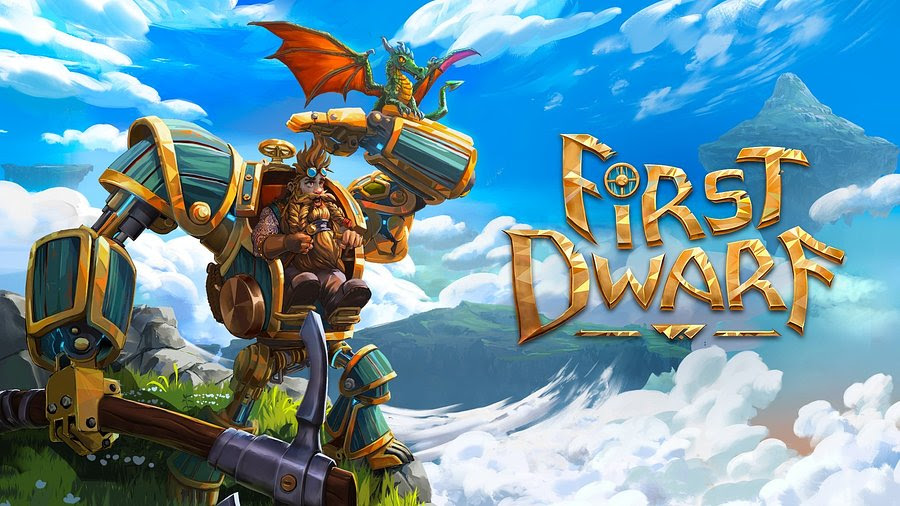 From Star Drifter, First Dwarf casts players as the… first dwarf, alone on a strange floating island. Well, “alone” save for his dragon. And mech.

There be dragons here

Looking very interesting indeed, First Dwarf is an upcoming action RPG from Star Drifter. But don’t be fooled by the genre, because this game has a lot more happening than just hacking, slashing, and looting.

Aside from all of that, which it sounds like it does stock, it’ll also offer base-building. The Dwarven hero Tru will have to do plenty of that, as he forges his way in a mystical new world. And as mentioned, he’s not complete alone in this land either, as Tru has a dragon ally who can fight along side him, and rides in a wicked little mech suit.

First Dwarf takes place in an open world that once was a whole planet, but a great war shattered it into drifting islands. Players will step into the shoes of Tru, a scouting engineer in a mech, who is tasked to explore unknown lands in search of a new settlement for the fading dwarven civilization. Accompanied by his dear friend, female dragon Ragna, Tru will gather resources, collect mana to fuel and upgrade his mechanical armor, build bases, set up their defenses, and engage in close combat with local fauna to accomplish his mission.

As he creates his new settlement, Tru and Ragna will uncover some mysteries as well. According tot he press release, the steadfast Dwarf’s father has been through these parts before, and there just might be an ancient evil there as well, who’s not too keen on long-beards.

Look for all of this action to kick off when First Dwarf arrives for the Xbox Series X|S, PS5, Switch, and PC some time in 2023.

Jason's been knee deep in videogames since he was but a lad. Cutting his teeth on the pixely glory that was the Atari 2600, he's been hack'n'slashing and shoot'em'uping ever since. Mainly an FPS and action guy, Jason enjoys the occasional well crafted title from every genre.
@jason_tas
Previous J. Scott Campbell continues his “milestone” run at Marvel with Luke Cage cover
Next Homeworld: Fleet Command brings the strategy classic to the tabletop