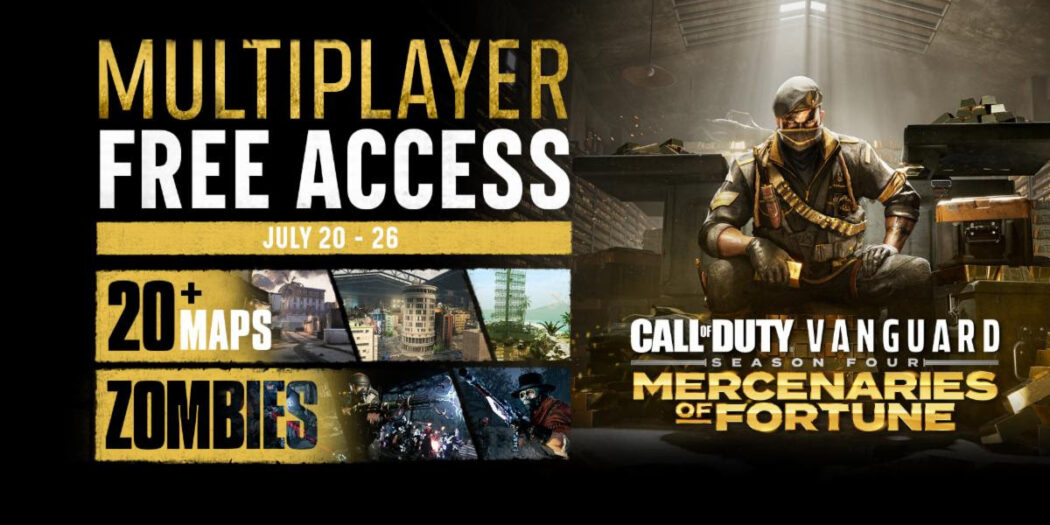 Still thinking about taking the dive into last year’s Call of Duty title? Well, Activision has you covered, with a week of free Vanguard multiplayer.

By now everyone who cares about Call of Duty knows very well that this year’s title is en route. Modern Warfare II will continue the soft-rebooted story of the 2019 game’s universe, and feature a whole bunch of popular CoD characters, in a modern setting.

If you want something a little more… Great-Warish though, then you’ll still be looking at Vanguard. 2021’s Call of Duty brought players back to the front, for another look at WWII, that shook up the campaign a little (a little). And of course, on top of that solo play, it also brought the franchise’s staple multiplayer back.

Even players who were put off by the somewhat lackluster campaign would probably have to admit that the multi is just as good as it’s ever been. And if you’ve yet to try it, you have a chance to do so for free, starting today.

Activision has revealed that a week of free access to Vanguard’s multiplayer suite is rolling out today. That includes the latest stuff too, complete with over 20 multiplayer maps.

Players can experience the full suite of Vanguard’s Multiplayer and Zombies Playlists with all maps and modes available during the Free Access period, including recent releases like USS Texas 1945, Blueprint Gun Game, and Shi No Numa.

Ready to rock? Vanguard’s multiplayer should be free for all supported platforms as of 1pm eastern time today. The period will run through the weekend, ending on July 26th at 11am.

Jason's been knee deep in videogames since he was but a lad. Cutting his teeth on the pixely glory that was the Atari 2600, he's been hack'n'slashing and shoot'em'uping ever since. Mainly an FPS and action guy, Jason enjoys the occasional well crafted title from every genre.
@jason_tas
Previous Trailer: Redout 2 speeds onto the Switch
Next Trailer: The Tarnishing of Juxtia brings 2D Souls-like action to PC next week