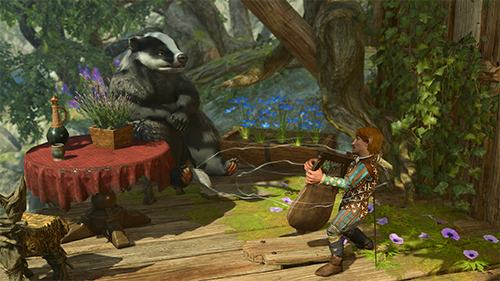 Via a special presentation this week, Larian revealed some of the new additions for its turn-based Baldur’s Gate title. And yes, it included singing.

A gnome bard? Sure

Presented to fans earlier today, Larian Studios held what they have dubbed “The Panel From Hell”. But as much as it was a panel presentation, it was a concert as well. That was thanks to Belgian metal band Hunter, who are fronted by none other than the studio’s Head of Production, David Walgrave. I have to admit, that’s pretty awesome.

Other than the tunes, the show revealed some fresh additions for Baldur’s Gate 3, including the new playable class of the Bard. Quite fitting actually.

The 8th major update for Baldur’s Gate III, Patch 8: Of Valour and Lore includes a tankard worth of fresh content. That includes new classes (hence the Bard), a new race with the Gnome, and updates to AI, killcams, and… hair.

Of Valour and Lore update should be available for the game (on PC) by the time you read this.

Jason's been knee deep in videogames since he was but a lad. Cutting his teeth on the pixely glory that was the Atari 2600, he's been hack'n'slashing and shoot'em'uping ever since. Mainly an FPS and action guy, Jason enjoys the occasional well crafted title from every genre.
@jason_tas
Previous Yo ho! Ubisoft’s Skull and Bones lives, and is coming this fall
Next Trailer: Part man, part machine, RoboCop is back back in Rogue City