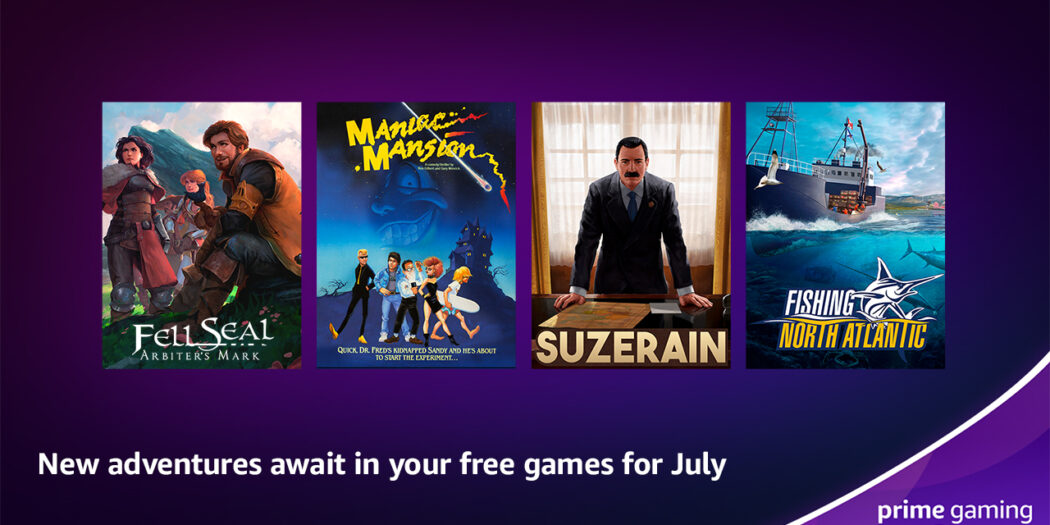 So, first of all, remember that the “Freeloading” event is still going on. And that means that there are some 30 indie titles for Prime Gaming subscribers to grab, free of charge. Some of those are pretty big names too, so you might want to take advantage if you haven’t yet.

But outside of all of that, remember that Prime Gaming still has its monthly offerings. And those are actually pretty great as well, with the all-time classic (and seldom seen) adventure title Maniac Mansion up for grabs.

Along with the above, Amazon’s Luna game-streaming platform will have a nice selection for this month too. Those all-you-can-play games include “Mega Man 11, Overcooked! 2, SkateBIRD and Castlevania Anniversary Collection“.

As subscribers know all to well, the freebies and Luna offerings are only a part of what Prime Gaming offers month-to-month. There’s also a hefty selection of DLC to be downloaded, for a wide selection to PC gaming titles.

Jason's been knee deep in videogames since he was but a lad. Cutting his teeth on the pixely glory that was the Atari 2600, he's been hack'n'slashing and shoot'em'uping ever since. Mainly an FPS and action guy, Jason enjoys the occasional well crafted title from every genre.
@jason_tas
Previous SDCC 22: The Con kicks off Hall H festivities with Dungeons & Dragons
Next Forgive Me Father (PC) Review