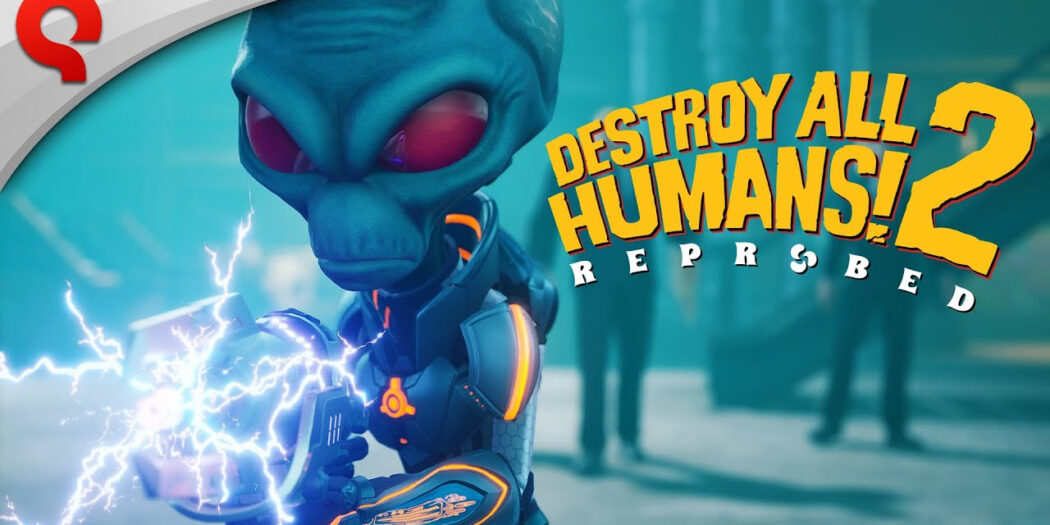 Coming up later this summer, Destroy All Humans! 2 – Reprobed will be packing a little extra alien mayhem, with a co-op mode.

With the first game’s re-make in the rear-view, THQ Nordic is moving on to the game’s sequel. Yes, not content with just one remade alien-invasion, fans of the now-classic series are getting another take on Destroy All Humans! 2 with the Reprobed edition.

As we tumble ever closer to the game’s release this summer, we’re getting a better look at it in action. And if you thought the original game looked great, you’re in for a treat. DAH! 2 is looking sharp, and in adding to packing a full open-world of destruction, it’ll also be offering up a dose of multiplayer.

That’ll come in the form of co-op play, that’ll see the main Furon himself teaming with another to tackle the bumbling forces of 1960’s era humanity.

Citizens of planet Earth, it is time to test the boundaries of your friendship and see how many people will go down this time around! A new co-op trailer for Destroy All Humans! 2 – Reprobed packed with double the fun releases today. Lend your Furon mate a hand when things get messy!

In addition to the above, fans of the series might want to check out the limited edition version of the game as well. Hitting along with the standard release, the Second Coming Edition will serve up the game along with a monstrous helping of goodies.

If you liked the collector’s edition of the original game’s re-release, you’ll find this one is right there with it.

Destroy All Humans! 2 – Reprobed has a majestic “Second Coming Edition” available for pre-order now! This limited Collector’s Edition includes all digital content as in the Dressed to Skill Edition and comes with a gigantic, 27,6 inch / 70 cm high Crypto-figurine, an “Arkwobbler” which is of course a wobble-statue of the great Arkvoodle, a vintage metal plate, an artbook, the orchestral score on CD and the game for your favorite platform. This edition is meant to Destroy All Wallets! and is on sale at an SRP of $ 399.99 / € 399.99 / £ 349.99.

Also pretty cool, is that if you pre-order the game digitally, you’ll get Destroy All Humans! Clone Carnage. If you don’t know what that is, it’s a multiplayer-only spin-off of that original game we keep mentioning. It’s normally $12.99 USD, but it’s a free download if you pre-order the remade sequel. Again though, remember that this only goes for digital pre-orders. Pre-ordering physical editions of Reprobed won’t get you the freebie.

Whichever way you decide to go though, you can expect to be playing Destroy All Humans! 2 – Reprobed this August the 30th. Look for it on the Xbox Series X|S, PS5, and PC.

Jason's been knee deep in videogames since he was but a lad. Cutting his teeth on the pixely glory that was the Atari 2600, he's been hack'n'slashing and shoot'em'uping ever since. Mainly an FPS and action guy, Jason enjoys the occasional well crafted title from every genre.
@jason_tas
Previous Hot Toys bringing Obi-Wan’s Purge Troopers in ’23
Next Trailer: Side-scrolling action title Hunter X coming to the Switch this week