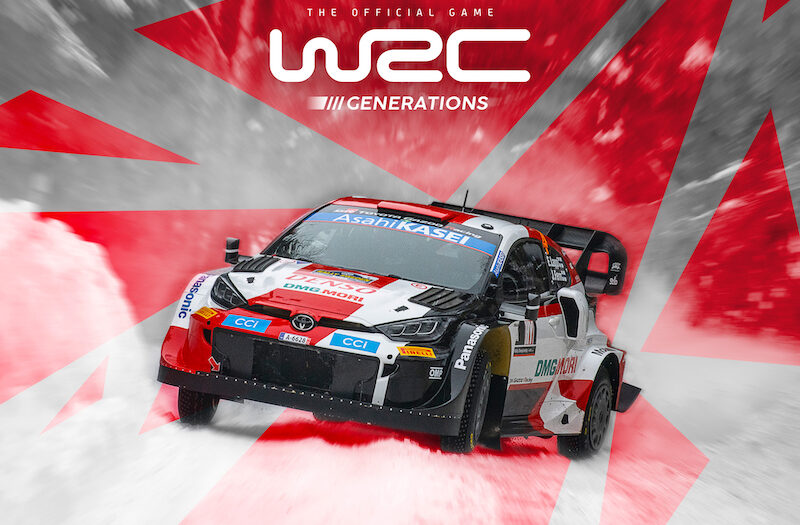 Never before have games come this close to the real-life World Rally Championship! Hailed by both critics and professionals, this year’s WRC simulation has been reinforced with numerous improvements and optimizations requested by the community.

Just as in the real-life WRC, a major new competitive feature, hybrid cars, have been included in WRC Generations! The potent blend of electric power and combustion engines gives players the opportunity to experience brand-new driving sensations, both in terms of physics and through a completely overhauled sound design.

Previous vehicles can still be found in the game, even more authentically portrayed than ever before. In total, there are no fewer than 37 legendary cars, each carefully recreated with its respective mechanical characteristics.

In addition to the above, WRC Generations will also include a bevy of online and off play. Fans can expect the biggest 13 rallies of the 2022 season, as well as a massive 165 “special stages”.

NACON says that’s the most ever for the genre, and it certainly sounds like it is. The Livery Editor will also make a return for the game, and there’ll be a Career Mode, League Mode, Teams System, and Co-Driver Mode as well.

This one’s going to be packed. Watch for it on Xbox and PlayStation consoles this October the 13th, and later on for the Switch and PC.

Jason's been knee deep in videogames since he was but a lad. Cutting his teeth on the pixely glory that was the Atari 2600, he's been hack'n'slashing and shoot'em'uping ever since. Mainly an FPS and action guy, Jason enjoys the occasional well crafted title from every genre.
@jason_tas
Previous Tabletop sensation Gloomhaven comes to consoles in 2023
Next Issue 900 of Amazing Spider-Man is going to have a lot of covers