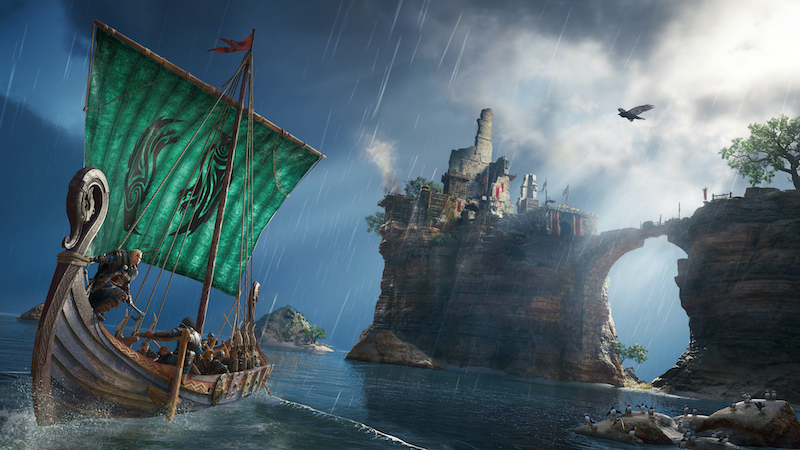 PlayStation fans are set to get in on a hefty collection of Ubisoft games, thanks to 2 flavors of the Ubisoft+ subscription service.

The plus is in the plus

Two pieces of news out of Ubisoft today, and both involve expanding Ubisoft+. Ubi has revealed that the subscription service will be expanding onto PlayStation consoles. And that launch is going to be delivered in two stages.

First, there’s the base Ubisoft+ platform. That’s the one that you likely know from the PC, and maybe Stadia or Luna. Ubisoft+ serves up over 100 games, and works like Microsoft’s Game Pass. So you get those titles “day one”, and that includes both “premium games” and even classics. Now, most of what Ubi+ has to offer isn’t up on PS4/5 just yet, and it sounds like it won’t be for a while. But even so, there’s something to look forward to much sooner.

Though it’s a part of the service, Ubisoft classics will be landing on PlayStation platforms before anything else. Titled “Ubisoft+ Classics”, the new service will deliver somewhere around 27 older games to start, via “a curated selection”.

As you’ll see below though, these aren’t exactly SNES titles. Most of them are pretty new, as in having been released in the last few years. Those games include:

So basically, there just won’t be brand new games. Still, it’s a pretty good list, and one that’ll grow to 50 games before the end of 2022. Depending on which new tier of PS+ you choose too, you might get them all packed-in for no extra charge.

Ubisoft+ Classics will indeed be bundled with both PlayStation Plus Extra and PlayStation Plus Premium. As to when you’ll be able to get in on the action, it’s pretty soon, as the service will launch on PlayStation on June 13th in both North and South America, and on the 23rd in Europe.

As a note too, Ubisoft+ is also on the way to the Xbox. That though, apparently isn’t quite ready to talk about just yet.

Jason's been knee deep in videogames since he was but a lad. Cutting his teeth on the pixely glory that was the Atari 2600, he's been hack'n'slashing and shoot'em'uping ever since. Mainly an FPS and action guy, Jason enjoys the occasional well crafted title from every genre.
@jason_tas
Previous Hot Toys conjures a Multiverse of Madness for new Doctor Strange
Next Tie-ins with this summer’s crossover bring Judgement Day to the Marvel U