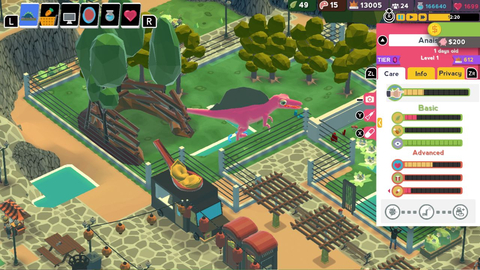 First, the good news. And that’s that, if you were hankering for some more of that sweet, sweet “Sports” action, it’s finally here with Nintendo Switch Sports. I don’t know about you, but I definitely wasn’t, so hurray for this week.

Look, it’s undeniably true that the original Wii Sports was a hit. But I think by and large that was due to the novelty of the console itself. I wouldn’t call it a fad, but it was close, and Wii Sports was a game that perfectly encapsulated the era for Nintendo players. It also drew in a lot of non-game fans, but that’s another story.

Will Nintendo Switch Sports even come remotely close to that level of popularity or longevity? No, not a chance. It’s here though, so again if you were looking for another go-around with the series, here you go.

And now, the bad news; there isn’t much else of note to pick up this week.

There are some new additions to the Expansion Pack, in the Sega Genesis realm, so that’s pretty cool. And then there’s Bugsnax as well, which was popular as well for a while on other platforms, and finally Parkasaurus rounds out the spotlighted titles. That’s exactly what it sounds like, and lets gamers play out their own Jurassic Park fantasy. In a world where there are actual (excellent) Jurassic-branded park-builders though, I don’t know how well a non-licensed title will go over (although it does look kinda cute).

As for the smaller and indie tittles, well there ain’t much there to mention either. But by all means scroll down the peruse.

**** Gold Points are awarded based on the amount you pay (excluding tax and any points or discounts used) and have no cash value. A Nintendo Account is required to receive and redeem My Nintendo points. Terms apply. https://accounts.nintendo.com/term_point

Jason's been knee deep in videogames since he was but a lad. Cutting his teeth on the pixely glory that was the Atari 2600, he's been hack'n'slashing and shoot'em'uping ever since. Mainly an FPS and action guy, Jason enjoys the occasional well crafted title from every genre.
@jason_tas
Previous G.I. Joe Classified’s latest recruits include Dusty, Zarana, Crimson Guard
Next Trailer: Classic turn-based strategy returns with Shields of Loyalty