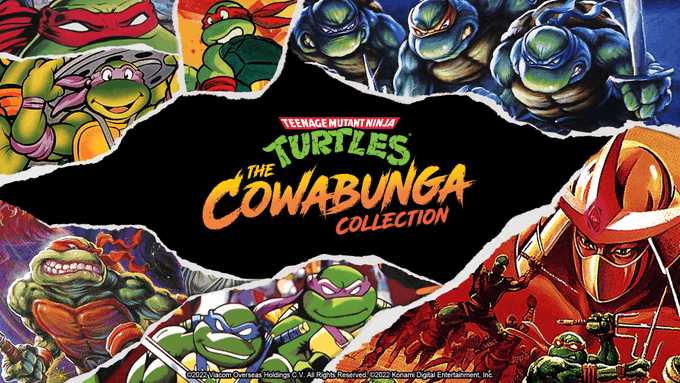 No, you’re not dreaming, there’s a collection featuring pretty much every classic Teenage Mutant Ninja Turtles video game on the way.

Well this is a surprise. Like a really, really big surprise. Nevertheless, it’s officially happening, with Konami and Digital Eclipse a beast of a collected edition at Sony’s State of Play event today.

Teenage Mutant Ninja Turtles: The Cowabunga Collection will bring together a set of 13 Turtles games. Plucked from across classic consoles and arcades alike, some of the games here haven’t been seen (officially) since they originally launched decades ago. Heck, there are even GameBoy games here!

Even better, and yes it is better, is that the collection will feature modern options. Players will be able to rewind the action, save their games, “and more”. Why’s that better? Because maybe I can finally beat the NES’ TMNT. That’s why.

Anyway, have a look:

While there’s no release date just yet for TMNT: The Cowabunga Collection, we do know it’ll be available some time later this year. Expect both physical and digital editions to hit for the Xbox Series X|S, Xbox One, PS5, PS4, Switch, and PC.

Jason's been knee deep in videogames since he was but a lad. Cutting his teeth on the pixely glory that was the Atari 2600, he's been hack'n'slashing and shoot'em'uping ever since. Mainly an FPS and action guy, Jason enjoys the occasional well crafted title from every genre.
@jason_tas
Previous Trailer: Square-Enix’ hotly-anticipated Forespoken looks hot at Sony’s State of Play
Next Marvel teases the return of one of its most powerful villains for The Defenders relaunch