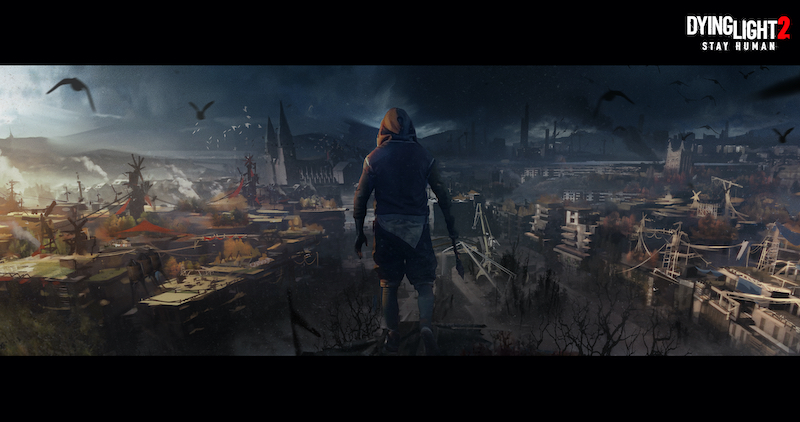 Boy was this one a long time coming. Dying Light 2 was first announced back in 2018, and the game has gone through a few revisions in its lengthy development cycle. Nevertheless, as the old adage goes, “a delayed game is eventually good, a bad game is bad forever”.

In the case of Dying Light 2, the former is definitely the case. Techland has taken everything from the first game and amped it up to 11. As I understand it anyway, since I never played Dying Light. That’s even though I picked it up on the Switch this past Christmas. DL2 just saw release before I had the chance to get to its predecessor. And with the state of this new edition, I can’t really see myself going back to it either.

As a relative non-zombie fan, Dying Light 2 still managed to capture my attention with the sheer amount that the game offers. That and the fact that it’s downright incredible looking that is.

Did you play the original Dying Light? Again, I didn’t, but I wasn’t anywhere even close to lost as the Dying Light 2 began.

Basically, the world is dead, or undead such as it is. A zombie-virus has raged unabated across the globe, wiping out the vast majority of humanity. Aside from simple zombies, it’s also birthed mutations in the form of monsters that showcase special skills. Those all culminate in the Volatiles, savage super-inhumans.

On the flip side, what remains of mankind is but a small population of survivors. Many of them forge tenuous existences in small settlements, themselves dwindling in number. As you can imagine, traveling between these settlements is not all that simple of a task. And that’s where Pilgrims come in.

Dying Light 2’s main character Aiden is one such traveller. And as DL2 opens, he’s on his way to the European city of Villador, maybe the biggest of humanity’s remaining holdouts. It’s there that he hopes to reunite with his sister, long lost to him.

There’s a lot more to the narrative behind DL2 though. That includes conspiracies galore and a few twists and turns involving experiments (before the fall), mysterious doctors, and Aiden and his sister themselves.

The game is open-world, and massive. Let me repeat that – it’s massive. The world that is Villador is roughly 4 times the complete map of the first game. So if you have an aversion to open-worlds, well this might not be your game. If you love the freedom that a game like this invites though, it’s really something to see. And that’s doubly true with the incredible freedom of movement that Aiden has.

Aiden, being a Pilgrim, has some pretty sharp abilities. He can move like few others, and parkour his way around a city in no time flat. Though Dying Light 2 is a first-person title, it allows the player to jump, climb, and otherwise scamper fluidly and easily.

I’m happy to say I was wrong there, as I had the notion that the controls were a bit obtuse. That’s definitely not the case though, as it’s the complete opposite. They also evolve as you play.

Dying Light 2 is more like The Elder Scrolls than I had thought, and features lots of lite role-playing elements. You have a skill tree that you can build out, which can build up Aiden’s movement skills as well as his combat prowess. If you’ve seen some of those dropkicks that Aiden can do, those are included in that character-building.

As for that combat too, it’s excellent. Dying Light 2 has a medieval feel to it overall, and that includes the fighting. You’re not really looking at machine guns and pistols. Instead think bats and blades.

Like with Aiden’s skills, weapons can be boosted. The crafting mechanics are just as simple to use as the movement controls, and can be used to not only make healing items (etc), but also buff weaponry with things like electricity. Cool stuff.

A quick note too, about the map. Quests are all over the place as you can imagine, and it’s very important to establish as many safehouses as possible. In the world of Dying Light, the undead are extremely vulnerable to sunlight, but go wild at nightfall.

The only thing that can keep them at bay is the UV lighting built into safehouses, something that also keeps Aiden from turning. Yes, as with everyone else in Villador, Aiden is infected. It’s only via exposure to UV lighting and the sun itself that he’s able to stave off transformation.

I mentioned it before, but man does Dying Light 2 look fantastic on the Xbox Series X. The game offers up both indoor and outdoor locations, and they get pretty wide ranging. But wherever you might find yourself while playing, everywhere looks great.

Techland has beautifully detailed this rotting world, and while the post-apocalypse themes are heavy, it’s both vivid and colorful. Especially in its outdoor locales, DL2 is flat out beautiful, as the sunlight plays off of the overgrown rooftops and streets of what was once a bustling city. That’s to say, until night falls.

Then things get terrifying, with hordes of zombies and monsters either forcing Aiden to run for his life, retreating to a safehouse, or hiding out til the dangers pass. Even in the midst of that though, DL2 looks terrific with glowing firelights, and UV bars shining down on doorways. The lighting is just fantastic in this game.

Like the city itself, the characters in DL2 are well designed. Each model is just as detailed as the surroundings, and they all have their own personalities and looks. Now there is a bit of a caveat to that, in that Villador’s denizens do suffer from the typically robotic ‘open-world’ NPC facial animation. I don’t mean to insult the game here, because again it looks incredible, but don’t expect Red Dead. We’ll leave it at that.

I also wanted to add in a quick word about the voice cast here. The vocal work is highlighted by a few names you’ll know, most notably including the terrific Rosario Dawson as Liwan. Overall it’s terrific, though I will say there are an awful lot of people with no accent for a European city.

Dying Light 2 is a monster of a game, and I don’t just mean the zombies. It’s a beast in almost every way, with tons of playability, and some stunningly good looks. If you’re a fan of the original, I have to believe you’ll find a ton to like here. And if you’re new to the series as I was, then as long as you’re okay with the at-times heavy themes, I can almost certainly say it’ll pull you right in.

The opposite of rotten

Dying Light 2 gives a post-apocalyptic, zombified world new life with a massive, gorgeously crafted open-world. The game serves up a fluid and free range of motion, brutal melee combat, and a deep story with plenty of side-quests to keep gamers busy.

Jason's been knee deep in videogames since he was but a lad. Cutting his teeth on the pixely glory that was the Atari 2600, he's been hack'n'slashing and shoot'em'uping ever since. Mainly an FPS and action guy, Jason enjoys the occasional well crafted title from every genre.
@jason_tas
Previous PS Plus’ March 22 freebies include Ghostrunner, Team Sonic Racing, and more
Next Trailer: Devolver Digital’s Shadow Warrior 3 arrives for consoles and PC today