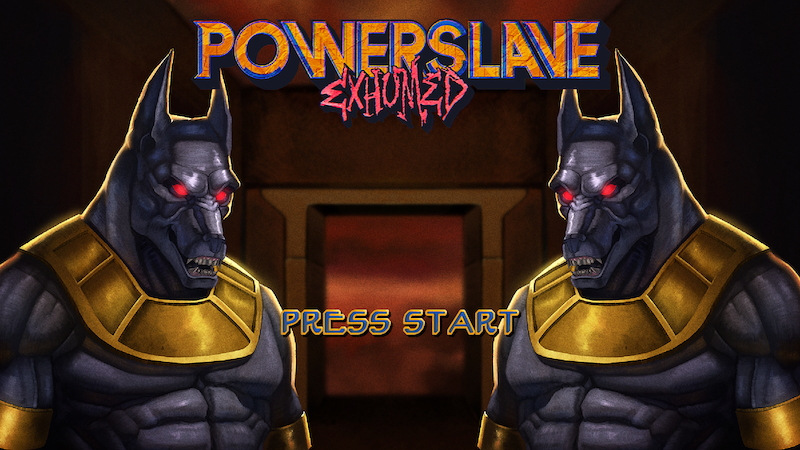 Trailer: Powerslave Exhumed brings the classic FPS back for PC and consoles

One of the best-received original FPS’ on the PSOne (and Sega Saturn), Powerslave is back. Powerslave Exhumed is out right now for PC and consoles.

PowerSlave Exhumed™ takes the best elements of the original PlayStation and Sega Saturn versions of PowerSlave™ and adds a bevy of new features, upgrades, and updates that take full advantage of the power of modern gaming platforms. Players can now enjoy PowerSlave™ in glorious widescreen, with support for up to 4K resolution, SMAA anti-aliasing, and anisotropic texture filtering. Nightdive has also added several console-specific features, including Achievement / Trophy support on PlayStation and Xbox consoles, Steam Achievements, and gamepad support on PC.

Running off of Nightdive’s own KEX engine, Powerslave is once again ready to take gamers to the Egyptian city of Karnak. The new version of the game runs in 60fps, with widescreen support, and real-time dynamic lighting. It also mixes elements of both previous versions. So whether you remember the Saturn or the PlayStation edition, you should find yourself right at home.

Powerslave Exhumed is out now for the PC, Xbox One, Xbox Series X|S, PS4, PS5, and Switch.

Jason's been knee deep in videogames since he was but a lad. Cutting his teeth on the pixely glory that was the Atari 2600, he's been hack'n'slashing and shoot'em'uping ever since. Mainly an FPS and action guy, Jason enjoys the occasional well crafted title from every genre.
@jason_tas
Previous Factory Entertainment expanding DC offerings with The Batman and more
Next The horde comes for the Switch with port of Zombie Army 4: Dead War