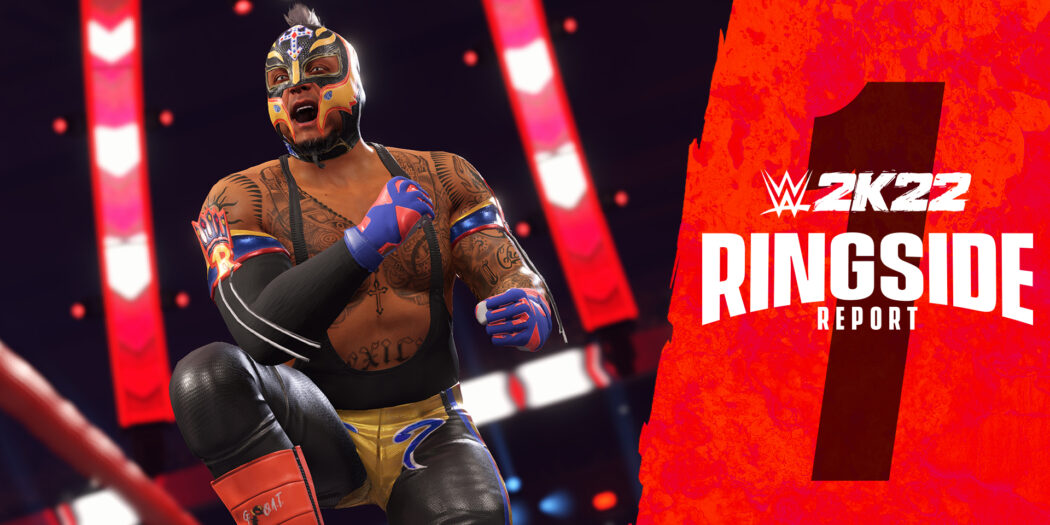 Waiting patiently for the release of WWE 2K22? Well, 2K has your back, and has released an almost 17 minute video showcasing loads of gameplay and more.

Let’s go to the video tape

It’s been a while, so fans are expectedly champing at the bit to get into the new WWE game. Releasing next month, WWE 2K22 is looking awesome, and is packed with fresh gameplay and all new modes.

While we’ve been bringing you snippets here and there about the game, today’s release should do more than satisfy that thirst for wrestling info. the first in a series, 2K has prepared something called the Ringside Report.

What that means to you, is almost 17 minutes that includes plentiful footage of matches in action, as well as a dive into the gameplay you can expect, plus even more.

Actually, one of the more interesting parts of the episode is a bit about lighting. That might sound boring, but the way that the game is lit makes it look all that much more real. You’ll see what I mean.

Check it out below:

Jason's been knee deep in videogames since he was but a lad. Cutting his teeth on the pixely glory that was the Atari 2600, he's been hack'n'slashing and shoot'em'uping ever since. Mainly an FPS and action guy, Jason enjoys the occasional well crafted title from every genre.
@jason_tas
Previous Trailer: SNK announces 12 DLC fighters for King of Fighters XV, bringing roster to 51
Next Stranger’s Wrath HD taking aim at Xbox and PlayStation consoles