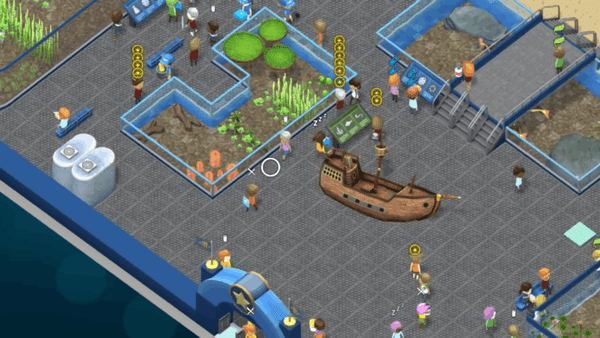 You’ll have to wait just a little bit longer to set up your own ‘Megaquarium’ in the new Freshwater Frenzy DLC. It’s been nudged to March.

For the uninitiated, Freshwater Frenzy expands the already existing Megaquarium. As you can probably tell from the title, it grows that base title by adding in the ability to build freshwater exhibits. Those include fish, yes, but also manatees and more.

In all, the game will include:

As mentioned however, you will have to wait just a little longer than originally expected. According to Auroch Digital, while the game is finished, there have been delays in the submissions process. While the company didn’t get into what kinds of delays are holding things up, it’s not going to cost much time.

Auroch says the company is looking forward to bringing the expansion to Switch, PS4, and Xbox One simultaneously, on March 1st.

Jason's been knee deep in videogames since he was but a lad. Cutting his teeth on the pixely glory that was the Atari 2600, he's been hack'n'slashing and shoot'em'uping ever since. Mainly an FPS and action guy, Jason enjoys the occasional well crafted title from every genre.
@jason_tas
Previous Sideshow’s Star Wars Mythos line expands with iconic villain Darth Vader
Next Spider-Man and Venom lead the way for Marvel on Free Comic Book Day