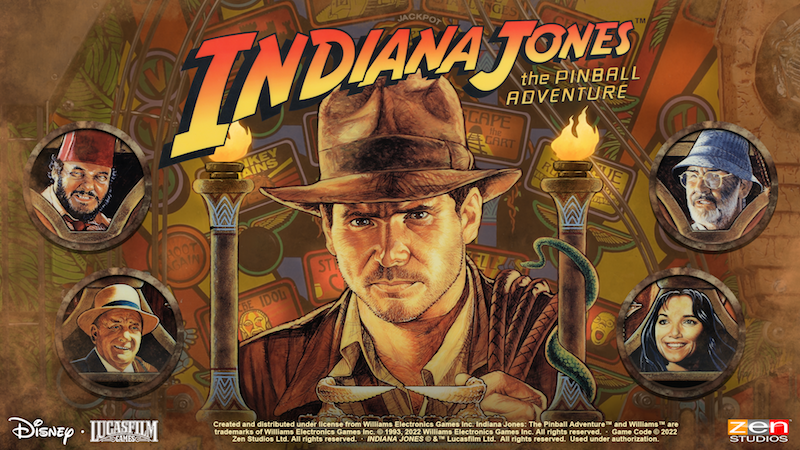 Grab your fedora and your leather jacket, and get ready to replay a pinball classic. Indiana Jones: The Pinball Adventure is coming up in 2022.

One that you might’ve seen mentioned a few times is Indiana Jones. Originally launched into arcades and pizza joints in 1993, the table featured a bunch of callbacks to the famed movies of the same name.

Now Zen Studios is bringing that hefty dose of nostalgia back, courtesy of Indiana Jones: The Pinball Adventure. The new table recounts the original, but also has been enhanced in ways that one Zen could manage.

The above will be introduced for a number of Zen’s platforms, including the newest editions, on basically all current consoles and PC. Expect the man with the hat to arrive in summer 2022.

Jason's been knee deep in videogames since he was but a lad. Cutting his teeth on the pixely glory that was the Atari 2600, he's been hack'n'slashing and shoot'em'uping ever since. Mainly an FPS and action guy, Jason enjoys the occasional well crafted title from every genre.
@jason_tas
Previous Nintendo’s subscription service adds Sega Genesis titles today
Next Tropico 6 making its current-gen debut this March