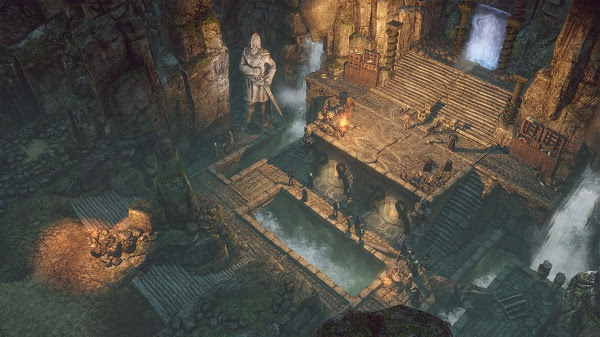 Gamers looking to dig into a little real-time strategy on consoles will have to wait a little longer, as SpellForce III Reforced has been nudged into 2022.

SpellForce III, the third game in what’s a pretty long-running series at this point, has been out on the PC for a while. It’s coming back around though, in “Reforced” form.

SpellForce III: Reforced Edition will feature an “enhanced” campaign, including quite a bit of updating over the original release. In addition, it’s also packing some all new content.

As mentioned though, the revision is coming up a little later than was originally intended. The PC edition of the game is still inbound for a December 6th, 2021 launch, but the console version won’t be along til March 8th, 2022.

It’s going to be a busy launch too, when it finally does arrive. The game will arrive alongside both expansions, “Soul Harvest” and “Fallen God”. The two expansions will offer up some 30 hours of additional gameplay, and new units.

The base title will be priced in at $39.99 USD, while both of those packs will be $19.99 USD each. Want all of them? Then you’ll get a nice discount too, as the package deal (SpellForce II Reforced Complete Edition) is set to be ticketed at just $59.99 USD.

Jason's been knee deep in videogames since he was but a lad. Cutting his teeth on the pixely glory that was the Atari 2600, he's been hack'n'slashing and shoot'em'uping ever since. Mainly an FPS and action guy, Jason enjoys the occasional well crafted title from every genre.
@jason_tas
Previous Wave 2 of Super7’s GI Joe Ultimates is up for pre-order everywhere
Next Trailer: Blackwind brings mech-based hack and slash action this January